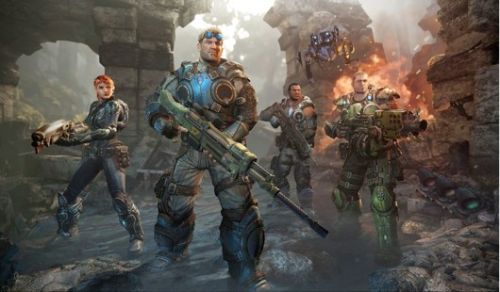 If you haven’t played the original Gears of War, then you’re in luck. When you purchase a copy of Gears of War: Judgment at launch, the game will also come with a free copy of the first game in the Gears of War franchise.

This being a prequel to the original game, it’s a perfect complement to newcomers to the series. This deal is only being offered at launch, so make sure to purchase the game in that window. For a $20 value, getting a game free is totally worth the effort buying it opening day. According to Microsoft: more than half of the consumers who played Gears of War 3 haven’t played the first game; a very surprising finding on their part. What better a way to gain new fans of the critically acclaimed series than through this special offer? An Xbox LIVE token will be included in the bundle for immediate download of Gears of War 1.

Original “Gears of War” Games on Demand tokens will be included in early copies of “Gears of War: Judgment,” offering fans and newcomers alike a fantastic way to experience the iconic game that started it all.

A new video from Epic and Microsoft hit the gaming scene, calling it “The Guts of Gears”. This video gives a powerful, in-depth look at the latest Gears of War title has to offer through the viewpoint of the star character: Lieutenant Baird. Arriving on March 19th, Baird narrates the newly implemented contents of Judgment, such as the Declassified Missions, the Smart Spawn System, and Dynamic Defensive Scenarios. New weapons, character skins, and other unlocks can be obtained through the campaign as well:

Get out there, grab your copy of Gears of War: Judgment at launch and get Gears of War 1 free. Even if you've played the game already, consider giving the code to a friend and play some co-op with them!