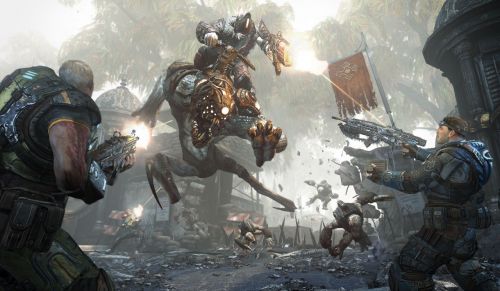 It is quite alright to be skeptical about another Gears of War game coming out so soon after the legendary trilogy was completed. However, don’t make a final judgment call before watching some epic gameplay videos and seeing some new screenshots first. It’s sort of hard not to get fired up about what’s to come out of Gears of War: Judgment next year from what we’ve seen here.

Now, there is definitely a lot of gameplay footage to go through here in one sitting. But, if you have the time, we do highly recommend you kicking back and relish in the upcoming Gears of War action. Also, do check below the videos to grab a sneak peak at some of the new weaponry (the Gnasher, Lancer, and Sawed-Off will return), battlefronts (from both single-player and multiplayer), and character designs in these screenshots. Enjoy! Gears of War: Judgment has officially been set to arrive in retail outlets on March 19th, 2013. Mark those calendars!