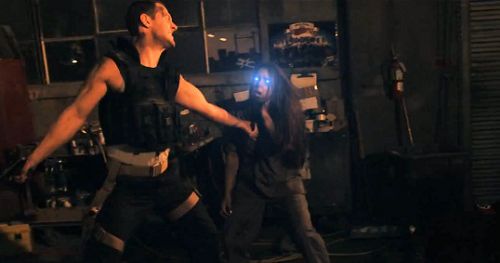 We get tips from time to time for fan films based on popular co-op video game franchises.  Sometimes the efforts are pretty amateur, though admirable, and other times they are simply slick.  This fan film based on Call of Duty: Black Ops 2's zombies mode falls towards the latter.  The film by Jason Rosete features three agents on a mysterious island on some sort of mission - only to discover the island is infested with glowing eyed zombies.  Time to team up (co-op) and kick some zombie butt.

While the acting isn't going to win any awards, the highlight of the two parts of the series that are up already is without a doubt the cinematography of the combat scenes.  There's several nods to the game besides just the glowing eyed zombies - Nazi zombies from the previous games, the ray gun even makes an appearance as well as a certain soda.  Parts 1 and 2 are out now with part 3 coming soon.