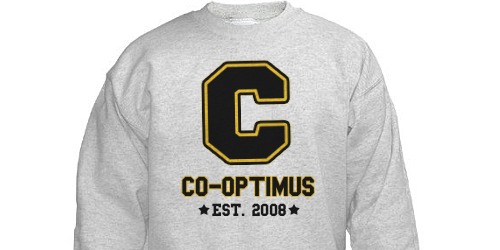 Five years ago while searching through the internet for a co-op game to play with my friend a half dozen states away, I became frustrated.  I couldn't believe how difficult it was to find concrete information on what games supported co-op play and what games supported online co-op play.  That's when I decided that I could build a database to help other gamers like my friend and I who didn't want anything to do with competitive gameplay, but would rather work together to accomplish a goal.  A few months later Co-Optimus was born.  We started small launching with only around 250 cooperative titles in our database, but in two short years we had already reached 1000.  Soon the site was more than just a database, but a news source and a community.

The site continued to grow over the years and it broke the boundaries of just the internet - we had apps on iPhone, Android and Windows Phone. We created t-shirts, were featured in video games, showed up on Xbox and Halo.  Co-Optimus was more than just a tool that people used to find games to play with their husbands and wives, their friends and family - it was a brand and a symbol that people knew for a gaming mindset.  Over the year's I've talked with hundreds of people in this industry who have used the website - from developers, writers, community, and even executives at several companies - they all have used Co-Optimus as a resource to help game together.   I've even been told about AAA games that have used the information we provided to add cooperative features to their game.  I love co-op, I love the challenge it brings and the feeling of camaraderie you get when you overcome a challenge with friends.  Hell, I developed a co-op game when I set out to test the waters of indie development. Over the years I've watched co-op become more than a bulletpoint on the back of the box, but became an actual marketed featured.  It's the reason to buy a game instead of an extra bonus.  We get feedback everyday for people who live for co-op.  Just look at these quotes from emails we've received.

"Thanks for the great site!  As someone who loves - LOVES - co-op gaming I'm excited to be releasing a retro multiplayer title."


"I really love your site as at this point in my life I've found that co-op gaming with my wife is the main way I like to play.  "

"Just wanted to say thanks so much for the site. I won't buy a game anymore when looking for co-op without checking your site. So tired of asking employees at stores if game has local co-op, campaign, whatever. So tired of getting screwed purchasing a game to play co-op with my husband and getting home only to find out we can't play campaign or split-screen. I just had to let you know we appreciate the information."


"I think Co-Optimus is really helping promote the co-op experience to developers as well as players, and giving it the exposure needed to get more of these types of games made!"

"Co-op play is the reason I own a 360 and still play games. Thank you for creating a site dedicated to the best part of gaming."

"I just wanted to say thank you for launching this site. While I still love a good competitive or single player experience, I also seek out more co-op games that are suitable for my daughter and I to play together. Too often gaming sites ignore this part of gameplay in their reviews and discussions of a game." "I wanted to start off with a Thank you for the years of coop knowledge you guys have been sharing with the community!"


"fantastic site, clear and informative. I wish i had found you years ago."

" thanks for the great site, serves a desperate need for co-op only gamers!"

"I was amazed that there wasn't any single comprehensive list like this out there. I just stumbled back onto your site and it's fantastic the breakdown you have of the various types of coop. My wife and I love to play online with my brother who's in a different state, but there are so few games that support both split-screen (or 2 players on the same console) and online play.  the fact that you can build your own table is amazing, as well as being able to search for exactly what I was looking for and get back a list of games!!"


"Well done for making a great site, I’ve been looking for such a site for ages, Nice Job!"

"First of all I have to succumb to the cliché of thanking you all for a great site :) I really find it helpful as a huuuuge fan of co-op and other multiplayable games." Here are some cumulative stats for the site of just what we've built in our first five years.

All of this wouldn't have been possible without an incredible staff and a dedicated community.  I can't thank the team at Co-Optimus enough for their tireless efforts to keep the site running day in and day out.  Every single staff member, both past and present has helped build this house.  Our community of gamers keep us running with their tips, comments, and passion for cooperative gaming.  So thank you all for making Co-Optimus the best site on the internet dedicated to cooperative games.

But we're not done yet.  We've got Co-Optimus 4.0 in the works and will be launching a brand new redesign this Spring that'll be both mobile, tablet, and desktop friendly.  It'll be faster, cleaner, sleeker, and feature less ads and clutter.  We'll be improving how you can find co-op games and how you find co-op news.  I'm incredibly excited about it and I can't wait to show it to you! The milestones today aren't done.  Tonight we'll be hosting Co-Opticast Episode 100 where we'll do our usual co-op gaming talk and then have several special guests on including:

You'll be able to watch that live on our YouTube channel starting at 10PM Eastern / 7PM Pacific.

Thank you everyone for five great years at Co-Optimus.  I hope you've enjoyed this journey as much as I have and look forward to the next five years as much as I do.