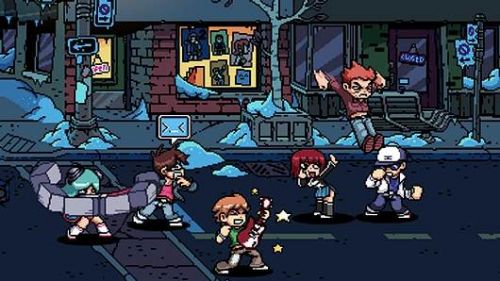 After what seemed like an eternity, the promised Scott Pilgrim vs. The World DLC was set to hit the Playstation Network and Xbox Live Arcade this week. Beat 'em up fans will be sad to hear that the content in question was delayed yet again. Originally announced in August 2012, the DLC will add online co-op and Scott’s roommate Wallace Wells. The content has seen numerous push backs, beginning with a late August 2012 release, followed by an unannounced fall release, then a tentative 2013 release, culminating in a firm February 6, 2013 release date. Yesterday, it was announced that the content would be subject to another delay, accompanied by these official words from Ubisoft:

The quote mentions the “respect of creative properties” which may or may not refer to the accusations that sprites from the DLC may have been copied from the 2004 Game Boy Advance title Sonic Battle.  It is also interesting that Ubisoft mentions the “incorporat(ion) of feedback from the…community.” What this refers to is a mystery. What is for certain is that we will have to endure another delay before we can team up with our friends online.