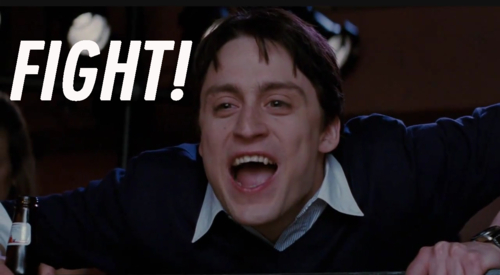 Gamers have noticed recently that a few new achievements for Ubisoft’s Scott Pilgrim vs. the World: The Game have popped up on the official list of the game. This makes it seem like the long awaited online multiplayer mode is getting closer to a release date.

So far four achievements have surfaced on the list, totally at 50 points of Gamerscore, and all of them seem to revolve around Wallace, who’s supposedly going to be a new playable character in the upcoming DLC, “Online Multiplayer and Wallace” pack. From a quick look at the screenshot of the achievements, we can clearly tell that Wallace, Scott’s sarcastic gay roommate, will be required to complete them, along with some fellow multiplayer opponents. This will also make the total playable character count up to 6: Again, no official release date has been set, but this highly suggests that the SPvTW DLC will come very soon. But until we hear a date announced, remember that the game is still available for 800 Microsoft Points on XBLA, along with the “Knives Chau” DLC only 160 Microsoft Points. Getting back into the game now might not be a bad thing, since fan-favorite, Wallace, could be just around the corner!