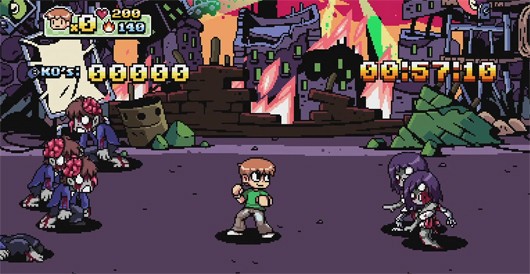 Remember that DLC for Scott Pilgrim vs. The World that was supposed to introduce a new character and the ability to play online co-op? The one that saw numerous delays for a host of reasons? Well wait no longer, because the long awaited DLC will be released today for the PSN and tomorrow for XBLA.

The DLC will allow you to play as Scott's roommate, Wallace Wells. And best of all, we will finally be able to play with people online cooperatively. It has been over two years since the game was released, but the online co-op will finally become a reality for Scott Pilgrim. Look for the DLC today and tomorrow depending upon the platform. The game was originally a four player cooperative affair playable locally. With the DLC, you will be able to go online and play with others. Expect to pay $4.99 on the PSN or 400 MSP on the XBLA. Take a look at the trailer for the offering below: