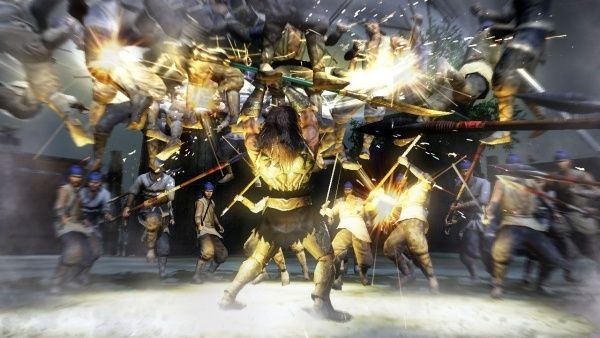 Good tidings come from ancient China to those who love a good hack-n'-slash. Everyone's favorite Chinese mob masher will return with the next exciting entry titled Dynasty Warriors 8. As we inch closer to the Japanese February 28th release date, Famitsu has recently confirmed six playable characters, and "on-off" two-player co-op.  What this means exactly is not clear.  It may refer to a combination of offline and online co-op, or drop-in and drop-out co-op.

Take a look at this Famitsu scan, by way of Gematsu, for an inside look at the confirmed characters. The robust warriors include Cai Wenji, Ma Chao, Xu Zhu, Deng Ai, Ma Dai, and Zhong Hui. The Famitsu article also mentions a new mode dubbed "reverse scenario." When certain conditions are met, players can command the enemy attack force. Here's to hoping for direct control of a gate captain (or peasant).

If you can't get enough of Dynasty Warriors 8, hopefully this collection of screenshots will satisfy you. This gallery showcases some of Shu's generals, including Wei Yan, Xu Shu, and Yue Ying (wife of the famous Zhuge Liang).

With the Japanese release date on the horizon, look for more Dynasty Warriors 8 info in the weeks to come.