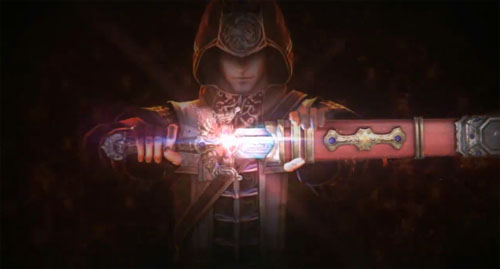 Dynasty Warriors 8 was recently announced, an inevitability of which I'm sure no one disputes. So far, the game has only been announced for the PS3, and while a Co-Op Story Mode is expected, there's no word yet on how many players will be able to play together, and if the co-op is online, offline, or both.

What IS known is that the story mode will support a roster of a whopping 70 characters, ten of which have been revealed so far. These ten are Li Dian, Gakushin, Cao Cao, Xiahou Dun, Dian Wei, Zhang Liao, Zhou Yu, Sun Shangxiang, Zhao Yun, and Zhuge Liang. Dynasty Warriors 8 will also feature new battle mechanics, which change based on the enemy commander's affinity. These new mechanics include Storm Rush (triggered when weapon affinity reaches a certain level), Variable Counter (a counterblow which sacrifices the weapon and grants the user a random new one), and Awakening Action (empowers skills as well as XP gain when a certain number of enemies have been killed while it's going).

We'll keep our eyes open for more specific details on the co-op and will let you guys know as soon as we do. As expected with a brand new announcement, the release date is currently unknown.