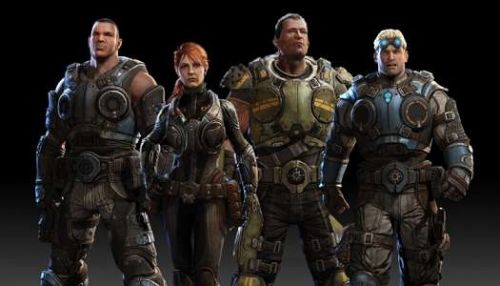 Judgement is upon us! Well, Gears of War:Judgement will be making way to the Xbox 360 quite soon. As we inch closer and closer to the release date, we are graced with an increasing amount of reveals and teaser clips for this latest installment of Gears of War.

The latest teaser surfaced yesterday, and it showcases a brand spankin' new weapon for the game. The weapon in question is a sort of grenade launcher by the name of the "Booshka." Capable of ricochet and sending body parts flying, the "Booshka" fires small shells that will detonate upon impact. In the teaser clip there were all sorts of explosions resulting from this high-powered boomstick. The explosion radius appeared to be rather large, so it will be interesting to see how the weapon is balanced into the gameplay, if it is at all.

Gears of War: Judgement will be released in a few weeks on March 19th for the Xbox 360. Like previous games in the series, the campaign will feature cooperative play with up to four players online, and a splitscreen option for two local players. To help sate your thirst for explosions, take a look at the "Booshka" in action in the trailer below: