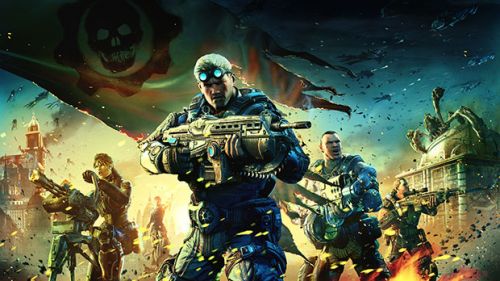 The trend with most AAA titles nowadays is that they’ll more than likely produce a Season Pass of some kind, the Gears of War series being no different. Epic’s upcoming title, Gears of War: Judgment, will be offering its own Season Pass deal, but with a new twist: a permanent, double XP bonus to those who choose to purchase it.

The Gears of War: Judgment Season Pass will be offered right out of launch time for 1600 points ($20). Among the other items to be featured in the pass, news of a permanent double XP gain bonus sounds like the biggest thing Epic will provide gamers with via exclusive content. The other items will include 6 additional multiplayer maps (with early access to them), two game modes, and nine exclusive skin unlockables for armor and weapons.

Again, XP gain in Gears of War games doesn’t alter the kinds of weapons players have access to and there are no such things as perks to increase a player’s abilities. Character/weapon skins, however, are a different matter. Earning XP in Gears of War multiplayer/co-op modes is a way to show off your online prowess and dedication, nothing more. Will you grab the Season Pass come March 19th when Gears of War: Judgment is released? Tell us what you think below!

Also, if anyone’s interested in catching up on the series (even though upcoming title is, in fact, a prequel to the original), Microsoft will be offering 50% off all DLC’s and other in-game content for Gears of War 3 and the Gears of War 2: All Fronts Collection. Anyone can purchase these items at their discounts from now until March 4th on the Xbox LIVE Marketplace. Here’s the breakdown from Larry Hyrb: