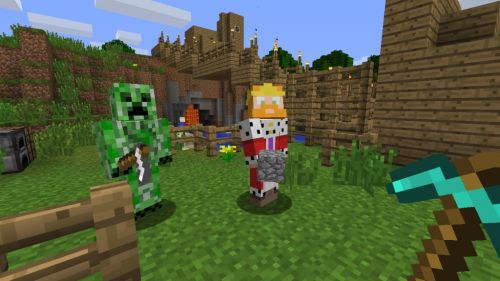 A little game called Minecraft could eventually make its way to PlayStation Network. The exclusivity deal between Microsoft and developer Mojang that has kept the console version locked on Xbox 360 will one day come to end, at which point Minecraft lead developer Jens "Jeb" Bergensten said a PSN release would be considered. As for a Wii U version, the official word is "very unlikely".

Minecraft has remained near or at the top of the Xbox Live Arcade sales list since its release. The PC alpha version debuted back in 2009 and has since sold nearly 10 million copies, half the total shifted units across PC, Xbox, Android, and iOS platforms. If a PSN port becomes a thing, Minecraft's total domination would be complete.

The Xbox 360 version of Minecraft supports local co-op for up to four players and online co-op for as many as eight.