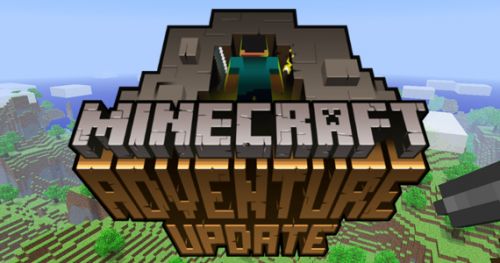 We’ve all been patiently waiting for the massive update to arrive, and here it is! Once this update goes live, players can look forward to a bunch of new additions to explore, including the much desired Creative Mode (with unlimited access to all items and building blocks in the game) and numerous Survival Mode changes/improvements. Tomorrow morning is when players may look to begin downloading this beast of an update and relish in its treasures. This is what 4J Studios tweeted earlier today as to when you can download the DLC:

The 1.8.2 update will start rolling out at 2am PDT (10am in the UK) on 16th October. It can take a few hours to be available everywhere.

Find a co-op partner, grab a sword, and go out on a new adventure in Minecraft! For more information on what to look out for in the new update, be sure to read here for a full list of changes and additions. Even more good news, 4J Studios also revealed a few sneak peeks of the new Minecraft skins available in the upcoming “Skin Pack 3” DLC. This time around, the Skin Pack will include new get-ups from the hit XBLA co-op title, Awesomenauts, along with the legendary video game series we’re dying to get a sequel of, Half Life! Awesomenauts team members Yuri, Clunk, and Lonestar will be included as an epic trio together, and the vast majority of the main cast of the Half Life games will make a nice appearance in Minecraft form (we are especially fans of the Headcrab Zombie shown on the left hand side). Check out all currently revealed skins in the gallery below!

Expect even more characters to become available once it’s released in the near future, most likely for the same price as the others for 160 MS Points. No official date was announced for the Skin Pack, but at least we’ll have more than enough Mincecraft: Xbox 360 Edition content after tomorrow to keep us happy until that day comes.