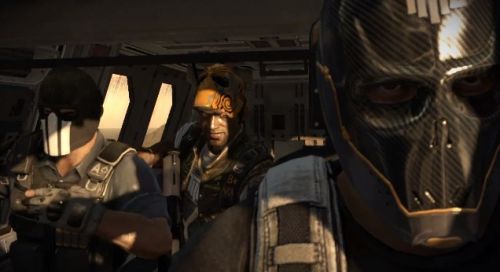 We’ve all seen a truck-load of trailers for Army of Two: The Devil’s Cartel by now. So when do we actually get to try it out for ourselves? Confirmed by EA, next Tuesday will be our opportunity to try out the game’s co-op demo first hand (hopefully with a partner handy)!

March 12th will be the masses first chance to try out the game’s epic, downloadable demo on their consoles of choice, via the Xbox LIVE Marketplace and PlayStation Network. We’ve been very excited to see the full capabilities of this co-op title for quite a while now, showcasing so many explosions that it would make even Michael Bay blush. Here’s what EA’s official statement of the demo:

In the demo, players will step into the boots of private military contractors Alpha and Bravo as they embark on a mission to rescue a kidnapped politician while diffusing an additional hostage situation. From the bottom floor of a dangerous drug lab, to the rooftops of a sky rise, Alpha and Bravo must infiltrate the Cartel's stronghold and overcome hordes of cartel members, all the while working together to survive. With the lives of others on the line, the dynamic duo will need to split up as one player runs into battle face-to-face with their opposition, while the other takes to the sky in a helicopter to man a mini gun and provide cover. Complete with epic explosions, massive destruction and the brand new Overkill feature, gamers will be able to experience the adrenaline and palm sweating action before the game launches on March 26.

More than just the insane co-op gameplay we expect out of this game, we also wanted to know more about the mysterious duo of badasses we’ll be playing as; prayers answered! We found a behind the scenes look with both the developers and the actors portraying Alpha, Bravo, and various other gun-toting team members. Enjoy!

Remember that Army of Two: The Devil’s Cartel will be here by March 26th, so don’t forget to preorder it for special in-game content and bonuses. Ordering from GameStop will grant gamers the “Hit-Maker's Kit”, which will give them “the chance to play as characters portrayed by music megastars Big Boi and B.o.B (who were featured in the video), along with an additional contract mission and custom designed gear.”