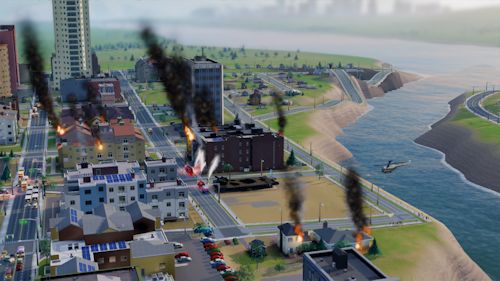 I've got to give major props to Lucy Bradshaw, general manager of Maxis at Electronic Arts. She's put out a letter to consumers that's pretty frank regarding the SimCity launch - which we all know hasn't been the smoothest.

In the blog post she goes on to answer the big question of "what went wrong?"  The short of it - they got a lot more traffic than expected for the game and the servers couldn't handle it. That's obvious. But it's what comes after that's quite frank and to the point.

More people played and played in ways we never saw in the beta.

OK, we agree, that was dumb, but we are committed to fixing it.

She goes on to say that server capacity will continue to increase and they'll continue to fix and patch the game as fast as possible. For everyone's trouble - if you purchased the game by March 18th - you'll be entitled to a free PC game from EA's catalog via Origin. There will be an email sent out on that date telling users how to redeem it.   Once again, Lucy is blunt and doesn't put the corporate spin on what is being done.

I know that’s a little contrived – kind of like buying a present for a friend after you did something crummy.  But we feel bad about what happened.  We’re hoping you won’t stay mad and that we’ll be friends again when SimCity is running at 100 percent.

If you stay honest with us, we most certainly can be friends again. Just keep the lines of communication open Lucy - that's the most important thing.