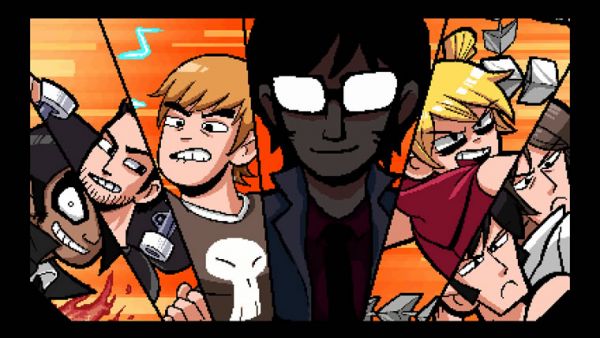 Get ready to battle the League of Evil Exes!  To coincide with the DVD and Blu-Ray release of the film on November 9th, Scott Pilgrim vs. the World: The Game is half off.  We really liked this brawler when it came out a little over two months ago, giving it a co-op score of 4 out of 5 in our review.  Normally 800 Microsoft Points, Scott Pilgrim is now available for 400 MSP.  That's five dollars in real money!

The game features four player local co-op.  In September we detailed a patch and upcoming DLC that should be available this month.  The patch should enable drop in/drop out game play, as well as some other patchy things like tweaking the difficulty level, and so forth.  Here is the obligatory River City Ransom reference when discussing this game:  It's like River City Ransom, with better graphics, music, and story.  And it's set in Canada.  So I guess that only makes it as good as River City Ransom.  Take that, Canada!