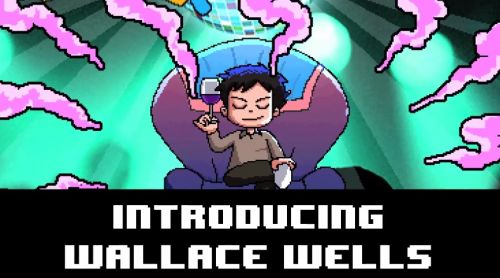 Back in August, Xbox Live's Major Nelson let slip that the long-requested but previously unannounced online co-op mode for Scott Pilgrim: vs. The World would actually be coming. Legions of comic and beat-em-up fans rejoiced... until the 'Online Multiplayer Wallace Pack' was pushed back to an undisclosed date less than two weeks later. At last, that date has been revealed: February 5th on PSN and the 6th on XBLA. Surely Major Nelson and Ubisoft aren't kidding this time, right?

As you might expect, those new Achievements and Trophies all revolve around either playing online and/or playing with Wallace.

To make up for the amazingly long delay on this DLC, it will now cost 160 MS Points/$2 instead of the previously announced $5 price point. That should make going back to Scott Pilgrim for some online DLC even more palatable.

Scott Pilgrim vs. The World already supports 4-player local co-op on XBLA and PSN, and soon the 'Wallace Pack' will add online to the mix. Check out our full Co-Op Review if you haven't already.

Update: MajorNelson has changed the orice to 400 MS Points on his blog. Boo!