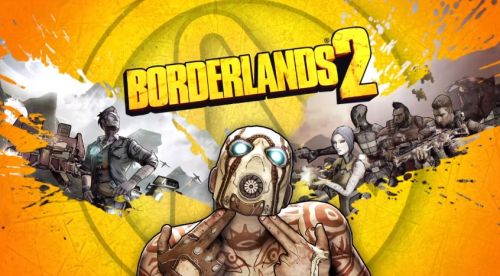 By now you've heard the news about the new character coming to Borderlands 2 and the bump in the level cap. The Psycho Bandit Krieg won't be arriving until May, but the "Ultimate Vault Hunter Pack" is dropping next week. A title update will accompany the upgrade, adding a few new items to the Black Market.

Players will be able to buy more ammo upgrades along with more backpack and bank slots. Players will also be able to carry 500 Eridium. There will also be a new playthrough geared toward super bad ass players. Of course, you're going to have a hard time competing in Ultimate Vault Hunter Mode if you're stuck at level 50.

Which is why Gearbox is selling us a level cap increase in the form of the "Ultimate Vault Hunter Upgrade Pack" for $5, or 400 MSP. I should point out this bad boy is free if you already purchased the Season Pass. I'm going to assume anyone still playing Borderlands 2 has most likely purchased the Season Pass. The upgrade pack not only increases the level cap, it also adds "powerful new 'Ancient' E-Tech relics and rare Pearlescent-grade weapons" to the mix. You can find details of the update and upgrade pack below.

One additional ammo upgrade for each ammo type, at 50 Eridium each.

Increases the maximum amount of Eridium players can hold from 99 to 500.

Characters gain a skill point with every level from 51 to 61, for a total of 11 more skill points.

Borderlands 2 supports two player local co-op, four player online co-op, and combo co-op. The title update and "Ultimate Vault Hunter Upgrade" will be available on April 2nd. The new character, Krieg, will be available in May, and the fourth and final piece of content from the Season Pass should be available by the end of June.