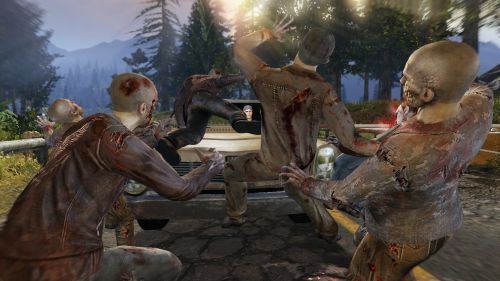 A couple of days ago, War Z succumbed to a serious hacker attack that put private user information at risk. Both the game’s database, as well as the forums that sparked the huge controversy over the game’s legitimacy last year, were hacked to the point where developer, OP Productions, was forced to shut down their servers and take it offline until further notice.

Remember the disaster that was the launch of War Z? After Valve reinstated the game back on Steam in late February, it wasn’t until a few days ago that gamers hackers got their hands on online servers and gained access to OP Productions’ user database. Passwords, IP addresses, email addresses, etc., were no longer safe, forcing the developer to officially put the game offline since April 2nd. Thankfully, no payment information was exposed due to any and all transactions being placed through a third-party system. This was OP Productions’ statement in regards to the debacle:

We are sorry to report that we have discovered that hackers gained access to our forum and game databases and the player data in those databases. We have launched a thorough investigation covering our entire system to determine the scope of the intrusion. This investigation is ongoing and is our top priority. As part of the remediation and security enhancement process we will be taking the game and forums down temporarily.

One reason they gave as to the breach in security was, essentially, the near lack there-of. Though forum and in-game passwords were encrypted, hackers could still manage to bypass these security measures with "brute force" to gain access to player data. Currently, OP is putting forth “substantial resources” in working with outside investigators and experts to solve this hacking case.

There is a possibility that simple passwords can be obtained using brute force even if they are encrypted. Our research shows that many users are not using strong passwords. We are undertaking a full review and update of our servers and the services we use and adding additional security mechanisms. In addition to this post, we are emailing all of our players just to make certain that everyone is informed and has been advised to change their passwords.

If you’re one of the few that bought the game and continue to play it, do yourself a favor and change your password asap. Hopefully OP can get War Z back online soon for anyone stupid willing enough to play again.

This has been a humbling experience for us. While we all know that there is no guarantee of security on the Internet, our goal is to try our very best to protect your data. We sincerely apologize," the statement goes on. "We will update you on status as we make progress.