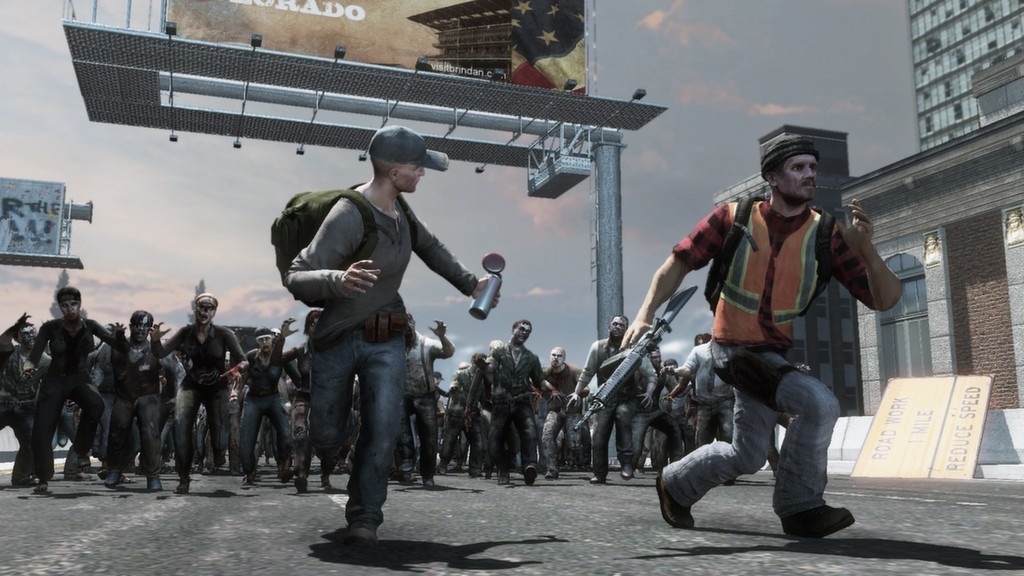 Day Z clone War Z has been through some rough times lately. The game launched on Steam in a buggy and unfinished state, prompting numerous customer complaints and the raising of pitchforks and torches. This culminated in War Z being pulled from Steam. Throughout the whole process, the game's creator Sergey Titov  behaved in a manner that many gamers consider to be arrogant and dishonest. Apparently the game's initially brisk sales had gone to his head. But all that's behind him now, according to an apology letter he recently sent out to players.

It has now been more than two months since we launched public access to The War Z. We've definitely had our ups and downs, and I thought that this Holiday break was the right time for me to try to step back a little and think about our journey since it started. This may be a little long, but I would appreciate if you could stay with me for a few minutes as I try to go over the highlights of the game as well as some of the hurdles and controversies, how we have addressed that and what our plans are.

First of all a very big and sincere "Thank You!" to all of you. We are really proud of the community we have formed with you guys. Every day we have hundreds of thousands of players on our servers, and this is a life-changing event for the team and me. We are blessed to have you as members of the community and we are well aware that without you the game would be nothing. Along with that thanks, though, I need to admit that we failed to effectively communicate some of our plans and actions to both our existing players and to our new prospective players. This failure to communicate resulted in some very negative feedback from some members of our community, but while it might be easy to label them as "haters" or some other dismissive term, in all honesty this is my fault. I became arrogant and blinded by the early success and quick growth of The War Z, our increasing number of players, numbers we were getting from surveys, etc., and I chose not to notice the concerns and questions raised by these members of the game community as well as others. This failure is entirely on my shoulders and if anything I owe thanks to that vocal minority and admit that I should have paid attention sooner. I chose instead to concentrate on the bigger picture – my dream of turning The War Zfrom being a game developed by a small indie team into a large online venture, instead of addressing small things first and staying focused on the game issues. At the end my arrogance led us to the moment, when all those small things finally caught up and created a "perfect storm" that affected all of our community members. For that I'm truly sorry and apologize to all of our community as well as the larger PC gaming community that is not yet playing The War Z.

I do not take this situation lightly, and last week events were especially humbling for me. I've experienced a range of emotions, most of which centered on regret for not having addressed some of the issues differently than we did, but we can't change the past. The only thing we can do is to be sure that we won't repeat the same mistakes in the future. I have realized that as the leader of this ship, I missed all early warnings that were saying, "Your community is not as happy as you think they are, you need to alter course." I was too focused on how great we are and how a small independent team got their first game to over 700,000 users in a two-month period. Though that is something to be very proud of, allowing that to overshadow the existing community and their satisfaction was poor judgment.

I want to give you some insight into what our plans are for the future, but before we get to that, I'd like to clear the air with you on several important topics.

Community management and moderation – the problem

Even since the early Alpha launch, this game has always cultivated a large and loyal player base that is very active in the game. Again, thank you for this. Unfortunately, we weren't prepared for this large success and the way we managed the community was not the way it should've been. We relied too much on forum moderators, whose primary role was to punish those who break rules, not to engage the community and guide conversations into productive discussions about problems. There wasn't enough presence of the development team on forums, there wasn't enough updates on development of UPCOMING features. We failed to communicate our position and messaging on the outside platforms such as Facebook, twitter and various online websites, and when we did this we chose to rely more on arrogance rather than being humble and trying to understand why people were saying negative things. We chose to tune out negative reactions to the game, not paying enough attention to them – and this, again, is my fault. We chose to rely too much on numbers – percentage of refund requests, number and dynamic of our daily and monthly active users, etc. Well, in hindsight – those things probably work well for more casual games, but the hardcore PC gaming community is much different and can be very vocal about what they feel. Even when the percentage of players with negative comments is small, as the community grows, even a small percentage can add up to be a very significant absolute number. And it's not just a number – those are real people with real issues they are having with the game. OP Productions (publisher for War Z) and me personally have failed to address those issues effectively.

Community management and moderation – the solution!

We're changing our community management procedures and rules right now. We're going to reevaluate publishing and marketing team performance, and I will make sure that Hammerpoint Interactive developers will have a much stronger voice when it comes to community management and we won't rely 100% on OP Productions to single handedly handle this. Lots of changes will be happening very fast in the weeks to come. One of the ideas that I proposed was to select 10 players from around the world who can represent the player community and invite them to our offices in Los Angeles, to meet the team, check out what we're doing, and share with actual developers their concerns, wishes and thoughts on the game. We also will involve community, to a much higher degree, in the process of making our next map for The War Z (called "California"). We'll be discussing many of the aspects of the map with you and asking for feedback.

We're revisiting our forum policies; we're going to bring on an additional community management team, additional moderators and we'll train them how to respond to things properly. There will still be restrictions on harassment, trash talk, etc. But we'll make sure that every opinion is heard. At the same time, I must also be cautious: we cannot address all issues and there cannot be only one voice. Please accept that. With hundreds of thousands of players playing, talking, chatting, voicing their strong opinions, there will always be diverging opinions. And some issues that are minor ones are sometimes brought to light by very vocal channels. I would even say there is sometimes a beginning of controversy because the game is now so popular. So there is sometimes a distortion between the severity of the issue and the attention it gets. But we will clearly implement steps to better listen to the community.

What is Foundation Release?

The most asked question of the last week was "is this the final release?" My answer has always been that for an online game a "final" release means that the game is dead – so there's really no such thing, you never stop developing, making changes to and adding new features to the game. This is how we came to call the current version of The War Z"Foundation Release." We launched the Foundation Release on December 17, 2012 as our first-stage release that we use as a foundation to build upon. It does include the core features and a fully playable environment. This is our version 1.0, and of course we will continue to improve that version as time goes on. Did we rush to get it done? That is a tough question, but to answer honestly I think that we all pushed very hard to be first to market and in time for the holidays. Our entire team was working late, long hours to iron out issues and include as many features as possible. This is part of the reality of being a smaller, independent game developer. If we had a larger team and more funding we may have done things differently, but I'm not sure. I don't think it was a mistake because our numbers have been strong since day one and, even with the recent negativity, our metrics are really solid and we've been continuing to grow. The negative opinions are always the most vocal, but most players are really enjoying the game and we've been attracting more and more daily active players every week. A lot of the gaming journalists that have been playing the game have also given us some great feedback. I realize that we will take a few hits from some of the traditional gaming press in terms of review scores, but I'm hoping that even they will consider that this game is a living project that will continue to evolve as time goes on. We are very proud of our Foundation Release, and we do stand behind it like we have stood behind any previous version.

What's on the Horizon?

As for what will happen next with The War Z? We're currently evaluating the relationship between Hammerpoint and OP Productions. I firmly believe that Hammerpoint should be playing a more prominent role in publishing/game operating process. We're in a process of adding new key members to our team, bringing on guys who have much more experience operating and growing successful online games and I know this is going to make a huge difference in terms of development. We'll be making some big decisions in terms of leadership for both companies and I will personally change how I handle many things. Above all we will continue to develop and make this game the best that it can be.

I know that to some people my words won't matter much. I understand that. I hope that will change as we move forward and deliver the features that our players have been waiting for. I can promise you that from now on things will be much more transparent, and we'll provide better communication and engage our community to discuss upcoming features way before they appear in the game.

I do believe that we aren't even close to uncovering the true potential for The War Z, and I hope that in the coming year, we'll be able to regain trust from people who were alienated by our actions and we'll be able to move forward and grow the game together.

I hope you are all having a happy holiday and I wish you the best for the New Year!

Given his somewhat pompous behavior in previous months, not everyone believes in the veracity of Titov's apology. Hopefully the studio really is taking fan complaints and desires to heart in order to return with a much improved product.

War Z remains unavailable for purchase on Steam, but it will likely pop back up sometime in January. Co-Optimus will update when it does!