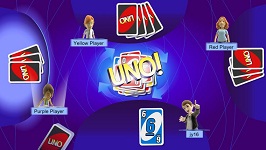 For most, the gleeful sound of a playing card slapped onto the table simultaneous to the triumphant Spanish declaration meaning “one more” brings back memories of the fourth grade, wherein procrastinating on your homework meant you could join the smart kids – who were already finished – at the games table. A universally fun card game, to this day UNO sells for a whopping $7.00 at Wal-Mart, and the virtual version goes for a slightly lower $5.00 on the Xbox Live Marketplace.

For the co-op fan, the sounds of an UNO match are not quite as friendly. A highly competitive game, the timeless easy-to-learn, easier-to-play struggle can keep a single player occupied for hours on end; a co-op couple…not so much.

So imagine my dismay at having to drag myself home after a grueling day of work, only to find my lovely wife locked in battle, pink Xbox 360 controller in hand. Three hapless online personas strive to survive as she declares “UNO!” and sends a Wild Draw Four to her left. The evening does not improve…as I begrudgingly crank open a can of Spaghetti-O’s for a lackluster bachelor-style dinner, several Call of Duty: World at War invites pop up on the TV screen, and I realize that since my account is the only Gold Live account, she’s logged in as me. And she’s ignoring my messages. 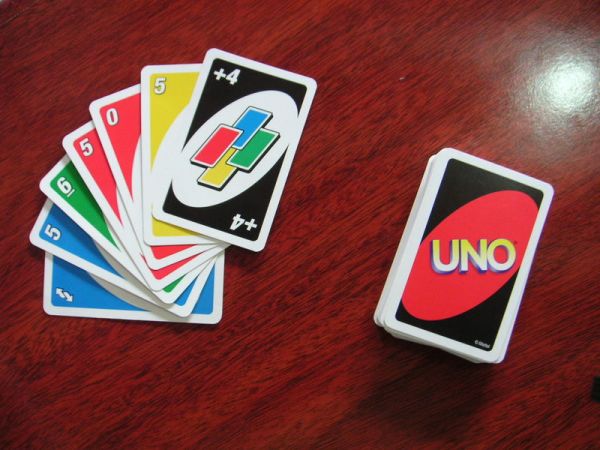 When I think of co-op, I see the root word “cooperation”. Someone like Biohzrd451 – hands-down the person I would stick with during a zombie apocalypse – could very well keep a reference sheet beside him while playing Left 4 Dead…

Action By Me…Cost To Player

Use Health Kit…You Take The Lead

…but that’s not what co-op is about; co-op is about communication, consideration, and sharing. It’s about the greater frikkin’ good. Yet, I find myself eating canned food on the couch next to my co-op partner as she completely denies the principles that I’ve taught her over and over again.

“UNO!” she shouts, giggling and looking to me for praise, and despite my lap being full of a hot bowl, I stand to my feet and vehemently reply, “DOS!”

It takes me a little while to get her to come out of the bathroom and stop bawling, but eventually I succeed. While we together scrub the carpet and pick up fallen meatballs, it occurs to me that our entire life is a co-op adventure of sorts. Yesterday, we discussed the bills. She dropped off our daughter to the babysitter, and I picked her up. I took out the trash, and she brought in the trash cans. Maybe an UNO game from time to time wouldn’t break up the band…because co-op is also sometimes about sacrifice. 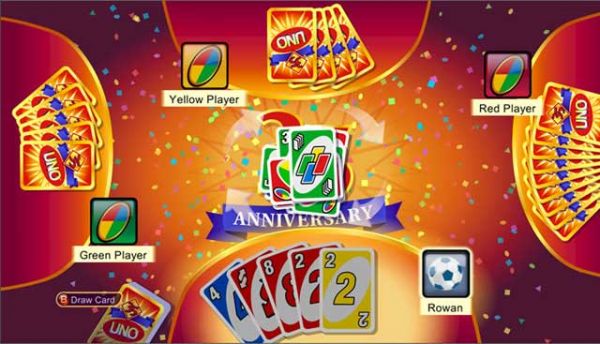 So she finished her four-colored world domination. I have to admit: things are a little more peaceful around the house. The toilet seat magically stays down, and all of the lights turn off automatically when you leave the room. Even the toothpaste cap is cooperating. And thus I’ve discovered a new facet of co-op gaming as a couple: the art of sacrifice.

(Hear that, Marc? You don’t have to feel so bad about jumping into the horde headfirst anymore. After today, it’s not stupid – it’s noble.)

From now on, if you see me playing a single-player game, remember my story, and know that my wife is standing by so that I can enjoy my hobby without resorting to Feeding Frenzy 2 every night…and when if you see my profile on UNO, know that I’m returning the favor. Every night is Co-Op Night at my house.