Let's face it, it was time for the 360 to get a face lift.  Microsoft has done a bangup job of removing the clutter, adding the sugar, and just generally making the interface a much more streamlined experience.  The party system is a LONG overdue feature and for the most part it seems to work as intended.  This really is the first generation of consoles that are capable of receiving such an update, and it's awesome to think the potential that's there.  No longer are we stuck with a static system, we have something that grows and changes based on gamer's needs.  Everything is just snappier, and things like Netflix, hard drive installs, and the many other features really breath new life into the 3 year old system.
Likes:  Party System, Rejoining of Parties after Title Updates, Connected Content, Events Channel, The New Guide, The little Details
Dislikes:  No way to set default channel, Avatars really aren't used for much, learning where everything is. 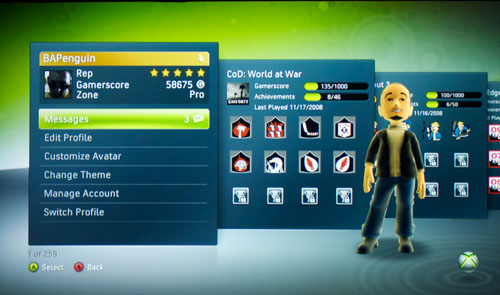 As the resident casual/family gamer here at Co-Optimus, I find the NXE very exciting.  The overall slickness of the interface is much improved.  It's visually impressive, worthy of a modern console.  Avatars, a transparent ripoff of Miis, are nice, as well.  The additional options for customization over Nintendo's offering are particularly appreciated.  I'd like to see unlockable stuff, like say, T-Shirts and such for Avatars, in the future.  But the biggest perk for me is the Netflix streaming.  I've used Netflix for years now, and being able to stream to my big screen without hooking up another PC is so handy.  Zooming through the dozens of movies in my queue at warp speed never gets old, either.  To me, the addition of Netflix alone makes the NXE worthwhile; the other stuff, though neat, is just gravy. 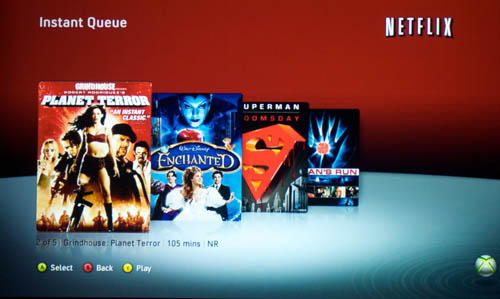