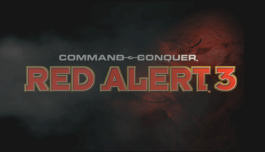 Red Alert and Red Alert 2 were always some of my favorite RTS games on the PC.  Something about the over the top nature of them just stuck with me.  Red Alert 3 continues the tradition of it's predecessors.  Cut scenes filled with cheesy Hollywood acting, a plethora of units to choose from, and a unique style campaign for each faction.  There's something very special about this Red Alert though, and I'm not talking about the plethora of "babes" the game promotes...no this Red Alert features a game that is co-op throughout the entire game.  When we talked with the Red Alert 3's Producer Greg Kasavin we were told how co-op can create a game that's more diverse with deeper missions.  But do deeper missions mean more strategy?

I'll be honest, I've had a falling out with RTS games.  While games like Company of Heroes held my interest through it's entirety, most recent RTS games like Supreme Commander and Universe at War, I simply couldn't last past a few missions.  The biggest reason for this for me was the constant micromanagement of resources.  Thankfully while Red Alert 3 does require base building and an influx of cash, it's a simple as building a refinery to bring in the benjamins.  After that you can begin to crank out tanks and troops till your heart's content. 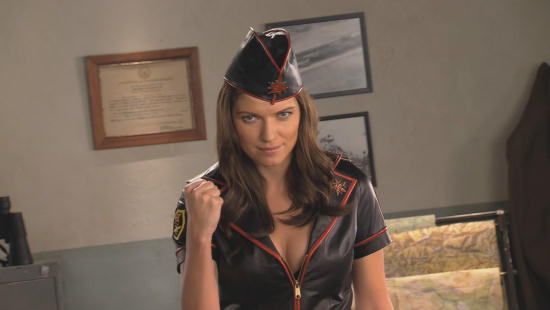 Yes, the game even comes with a "Girls of Red Alert 3" Poster

There's plenty of variety across the game's three campaigns; Soviet, Allied and Empire of the Sun.  Along with completely unique units and buildings per faction, each has their own global special attacks like a space magnet, freeze ray and aerial bombardments.  There's no cookie cutter units here, no string of "machine gun dudes" and "bigger machine gun dudes", after all having an "alternate history story" allows for some freedom.  Instead we have war bears, Transformer like vehicles, vindicators, and psychic Japanese school girls.  In between and during every mission you'll be greeted by FMV style sequences filled with famous actors, actresses and actresses with cleavage all adding to the game's style.

So the content is good, but what about the co-op?