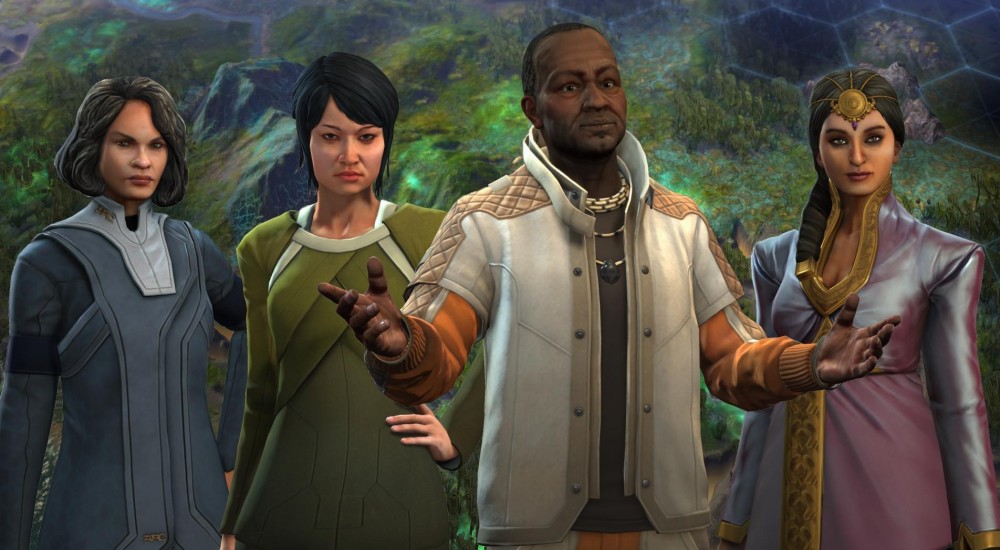 When I was very young, I would visit my aunt's house a few times a year, excited to see my cousins whom owned the latest consoles and games. During one of these visits, I found one of my cousins engrossed in some sort of strategy game, though it was tough for my adolescent mind to determine the exact details. This was my first introduction to Civilization.  Never before had I encountered a game that granted so much responsibility and wonder. My mind escaped into the realm of imagination that only those my age were capable of finding.

Civilization: Beyond Earth, released on October 24, 2014, attempts to recreate the wonder that so many experienced during their introduction to the long-running Civilization series. By sending the player into the eternal void of space, Firaxis has worked to build upon the groundwork laid by Civilization 5 in an entirely new setting. Its success, in some spots, is exceptional and inspired; other features miss the mark slightly. Beyond Earth is set in a future that could be defined as far flung, yet still retains a good sense of attainability. Humanity has committed what is colloquially called, "The Great Mistake", an event which has forced them to abandon Earth and seek out a new home world somewhere in the stars. The game thrusts players into the role of expedition leaders and bestows the monumental task of not only contending with the planet they've deemed as their potential home, but to flourish and make use of the resources laid out before them.

Forcing a reaction to your strange new environment is one of the great successes of Beyond Earth. In prior Civilization games, the act of improving your civilization felt very rigid. The approach to discovering technology, seeking out strategic resources, and producing an army is usually standardized between individual sessions. This is not so in the latest incarnation of the series, where the player is forced to create a strategy based on their immediate surroundings. The choices presented are extensive, but eventually prove to be one of the shortcomings of the game

Creation of a new game of Beyond Earth clearly presents the player with many of the standard options attached to the series. Map type, game speed, dominant environment, and a number of other items have all retained their position on the setup screen. Curiously, an optional choice included in prior entries is not found here, shared research is always on now for teams of players. This would allow multiple players to speed up research of a technology; one player's attempt to discover the magic of gunpowder may take him 30 turns, but with the help of one of his bureaucratic pals, he could be blasting away lesser savages in 15 turns! While I can't say that I've disabled it terribly often in prior Civilization games, but it's strange for that option to be absent.