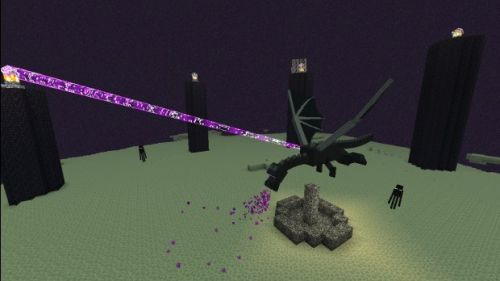 Minecraft: Xbox 360 Edition's much anticipated update, Update 9, has finally arrived on XBLA. Though the ferocious Enderdragon is ready to be slain, we want players to be aware that some new game bugs have surfaced which 4J Studios is currently addressing.

A ton of new objects, items, even “The End” mission with exclusive content are now all ready for Xbox LIVE players to enjoy (check here for the patch notes). However, the transition between the updates hasn’t gone as smoothly as we have hoped. Apparently, 4J Studios is currently in the middle of fixing a number of issues that have been reported since Friday. Various problems with lag, in-game lighting, even Silver Membership saving issues have been addressed by the community. 4J Studios acknowledged these issues in a series of tweets:

“Getting reports of issues loading saves for Silver LIVE profiles in TU9. Seems disconnecting from LIVE resolves this.”

If you get "Connection to the server was lost" and are a LIVE Silver user, try disconnecting the ethernet cable. We are fixing this bug.

"We're also looking into the reported lag some people are experiencing in The End.

"We are aware of some lighting issues in TU9 and are investigating these."

That being said, their inevitable update to Update 9 will be here soon, but we don’t know exactly when. Hopefully when these issues are finally solved, we’ll hear more from them on Twitter. Try to enjoy Update 9 as best as possible until then!