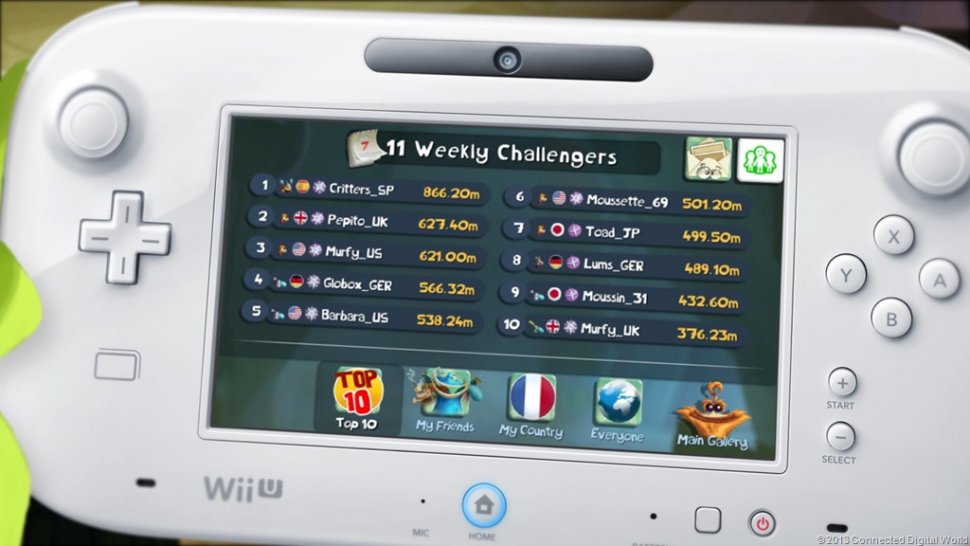 While Rayman fans were undoubtedly shafted from grabbing Rayman Legends on Wii U earlier this year, we’ve finally been given some sort of compensation for having to wait. Released today, gamers can download the special “Rayman Legends Challenge App” on Wii U and hold off their Rayman Legends appetite until the game’s official release this summer.

For those that don’t remember Rayman Legend’s previous exclusivity on the Wii U, it being ditched in favor of releasing on all other major platforms raised a ton of public outcry (the developers voiced their opinions as well).  Now, those people who want their game now rather than later will at least be slightly compensated for the inconvenience, and at no charge whatsoever! Take a quick look at the “Rayman Legends Challenge App” trailer below:

Think of this app as a glorified Rayman Legends demo, offering players various weekly challenges to both rank on the online leaderboards and obtain in-game unlockables (like character skins). But if leaderboard rankings really aren’t your think, local co-op players may enjoy competing between each other all the same. It’s fitting that this app is only available to Wii U owners after making them wait until all the other versions come out. Again, it’s totally free, so why not take a look into it?

Check out the “Rayman Legends Challenge App” on the Wii U eShop today and tell us what you think! Rayman Legends will officially release on Wii U, Xbox 360, PS3, and PC this August 30th.