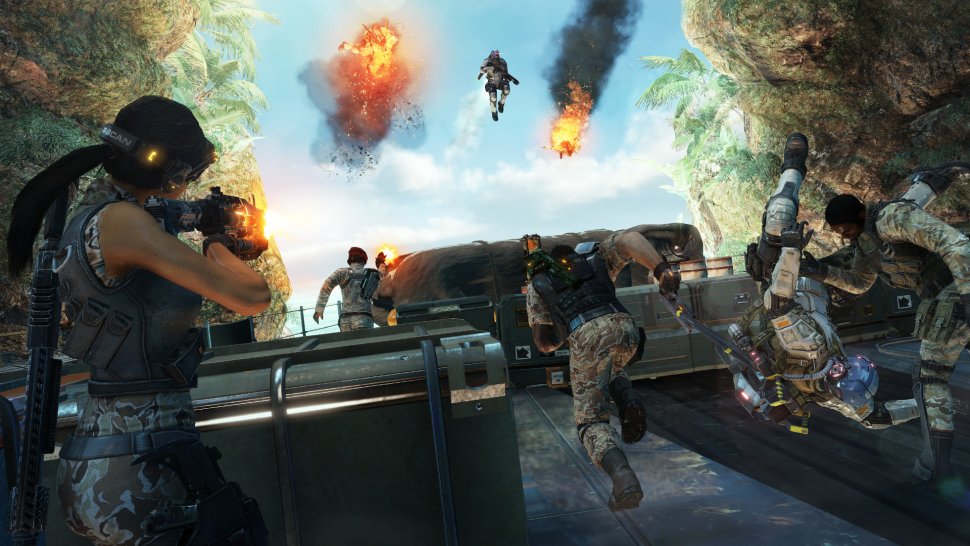 This week there's a whole lotta nothing going on. Monaco might be out on Friday, but I'll believe it when I see it. The Co-Optimus Release Calendar is woefully barren. I even checked on the status of Crimson Dragon and Blood Knights. Nah, I'm kidding. I doubt those games are ever coming out. The only new cooperative experience that will sate our need for digitized human companionship is a demo for Fuse, Insomniac's third person, class-based, super soldier shooter.

Fuse features four playable characters. There's Rugged Dude, Intimidating Girl, Slightly-Less-Intimidating-But-Still-Unapproachable Girl, and Black Guy. I'm sure each character has an impressive back story and magnificent personality, but I don't care about that. What sets these soldiers apart from each other are their "Xenotech" weapons. You've probably seen one of  the many explosion-filled trailers in which their fancy weapons are on dazzling display. Tomorrow you'll finally get to use them. The demo is coming to Xbox LIVE as well as the PlayStation Network.

The game is focused on cooperative play, but it also features a "LEAP" function which allows players to switch control of each character on the fly, just in case you like to play co-op games by yourself. The LEAP feature might be pretty cool for teams lacking a fourth player, but I'm worried we'll be babysitting the AI. The press release says this is a "unique feature." They must have never played Brute Force, which allowed you do the exact same thing on the original Xbox a decade ago. Remember Brute Force? I do.

Fuse supports four player online co-op, two player local co-op, and combo co-op. The demo will support cooperative play, as well. The full game will launch on the Xbox 360 and PlayStation 3 on May 28. Check out the demo and let us know what you think.