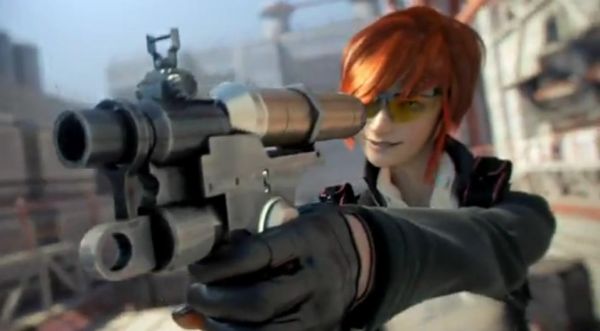 Hey, look - an actual surprise announcement from E3! No, really...this completely unspoiled four-player co-op shooter game was announced today (yes, today - during E3, believe it or not) by Insomniac Games - the studio behind the co-op friendly Resistance series - and a cinematic trailer was provided, to boot.

Overstrike follows the titular team, a small motley crew bent on saving the world. The game is being developed simultaneously for Xbox 360 and PlayStation 3, and is expected to attack robotic velociraptor men sometime in 2012.

Check out the trailer below.