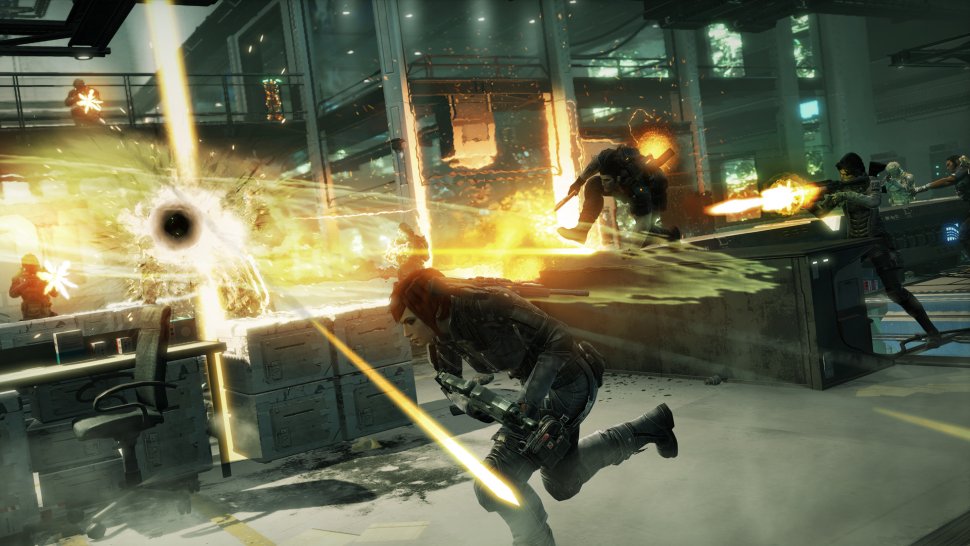 Fuse has suffered a slight delay. The sci-fi-themed, third-person shooter was scheduled for a March release. Now it won't see the light of day until *gasp* April, May, or June. Oh. That's not so bad. Developer Insomniac Games confirmed the delay via their Twitter account. So don't freak out. It's a small delay during which Insomniac can polish the game until it's nice and shiny. The developer also tweeted that they have "TONS of new Fuse stuff coming starting next week." Heck yeah. If there's one thing I love, it's TONS of stuff.

Fuse features two player local co-op and four player online co-op. Characters have their own unique skills derived from their Fuse-powered weapons. This 18 minute video goes into great detail on each character and their skill sets. One of the more interesting (and concerning) features is the LEAP system. This will allow players to instantly shift control to different agents. I hope that doesn't mean parties of less than four will have to babysit AI. I hate babysitting AI. Hopefully the "TONS" of new Fuse "stuff" slated for next week will give us some more information.  Maybe with all this extra time they can finally add the rest of the characters' heads to the box art.