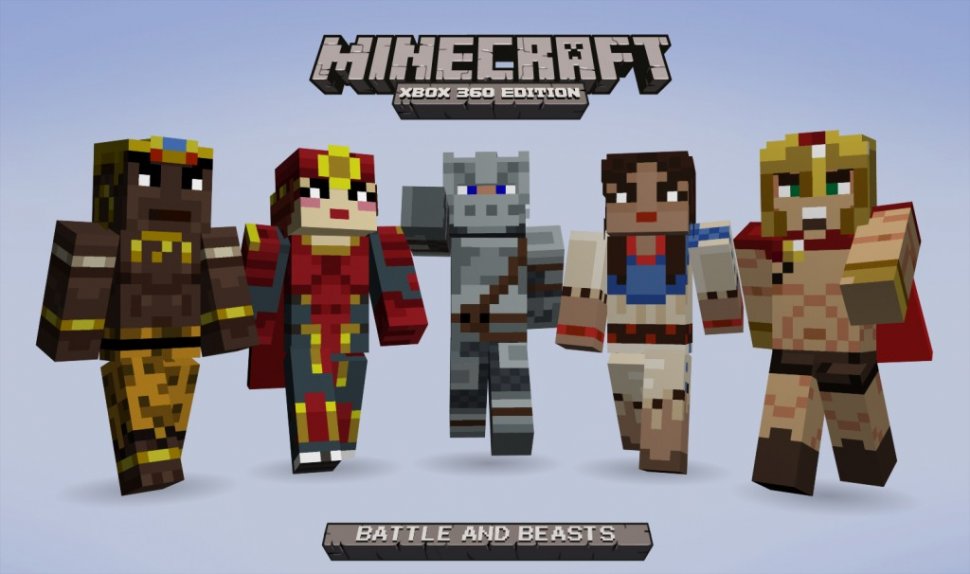 Let's face it. There are two types of people in the world. Those who love Minecraft, and those who don't. For those of us who love Minecraft, we are usually pretty happy to hear about news of any kind regarding the game. With Minecraft: Xbox 360 Edition, more often than not that news is usually regarding a new skin pack. While these skin packs do not alter the actual gameplay in the slightest, they serve as a fun and entertaining alternative from the original skins. We enjoy distinguishing our co-op partners online by the myriad of skins that have been released since the game first came out for the Xbox 360.

It may not come as a surprise that another skin pack has been announced. This time, the theme of the skin pack is "Battle and Beasts." From the pictures that have been leaked, the skins appear to offer just that. We can see images of mighty warriors donning capes and helmets as well as furry beasts such as a lion and a cheetah. While we do not know exactly when the latest skin pack will be released, it is supposed to be "coming soon." If you want in on the "Battle and Beasts," you are going to have to pay 160 MSP. Minecraft: Xbox 360 Edition is a sandbox-creation lover's dream. It supports cooperative play with up to eight players online, or four players locally.