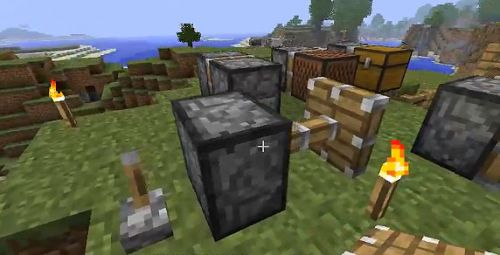 4J Studios, co-developer of Minecraft: Xbox 360 Edition, has stated what they hope to bring to the game in their next update, giving eager Minecrafters a small look at what they have in store for them in the near future.

Still lightyears behind the PC version of the game, Minecraft: Xbox 360 Edition players have yet to fully grasp the whole experience that is only available on the PC. Luckily for them, major updates are in development as we speak, as 4J Studios has recently Tweeted:

We’re aiming to update to the major PC releases – first one will be the equivalent of the PC Beta 1.7.3 version.

The current version of Minecraft 360 is set on the PC Version Beta 1.6.6. This was the update just before pistons and shears were added to the game. If what they say will be the next update, the game should include the following:

Here's the trailer for the Minecraft 1.7 Update on PC, showing what you can expect to see with the addition of pistons:

In addition to these, the game update will also include various bug fixes. In regards to the clay generation, lots of players are already aware of the lack of clay blocks found in the current version. Very few people have managed to find clay, which is meant to be a common resource used to make clay bowls for soups, even when it’s supposedly programmed to always be around 30 blocks of minerals. That being said, this means that the highly regarded Adventure Update (version 1.8 on PC) won't be too far off the Xbox 360 users either. This update will give player the ability to have some sort of “quest” motive in the game rather than just creatively playing. Exploring strongholds, combating new mobs (such as the popular Endermen), and gaining experience/leveling up your character are just a few things to come in this future update. Hopefully this one won’t be too far off.

No date has been set for the next Minecraft: Xbox 360 Edition update, but we’ll be sure to mention it once we find out. Until then, keep on crafting and enjoying Minecraft co-op!