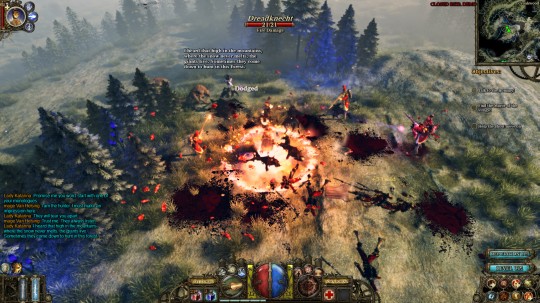 It was around this time last year that Blizzard unleashed their 3rd installment to the Diablo series. Coincidentally, Neocore Games recently announced that their own gothic title, The Incredible Adventures of Van Helsing, will release close to the same date. Fans of Action-RPG’s will glad to know that Van Helsing be releasing on Wednesday, May 22nd; only a few weeks away! Highly influenced by Bram Stoker’s own Dracula novel, players fight off supernatural monstrosities as a young version of the legendary vampire slayer. Character progression through open skill trees, unlockable perks, and obtainable power-ups allows gamers to play the game to their own style rather than choosing a specific class. Check out the “Character Progression” trailer below, narrated by Helsing’s ghostly sidekick, Lady Katarina:

Gamers will be able to purchase the game through Steam for $14.99. Preorders are still available for purchase, which will land customers access to the ongoing closed beta.