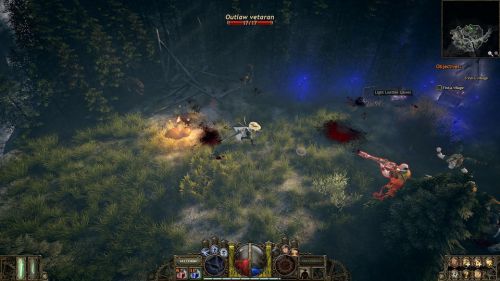 Sometimes, we as people need to see vampires and werewolves being taken out with a good old fashion pistol or a kickass magic spell. We wish this was the crappy Hugh Jackman movie we’re talking about here, but fortunately for us, it’s a co-op video game instead! Indie developer Neocore Games’ upcoming title: The Incredible Adventures of Van Helsing, allows the player to explore the tale of a young supernatural hunter, Van Helsing, in his rise to legend.

In this wonderfully rendered, action-RPG, creatures of the night stand little chance against Van Helsing’s knowledge of monsters, while he uses a vast array of mystical weapons to vanquish the forces of evil. Using his arcane magic to summon balls of fire and bolts of lightning, along with his superior swordsmanship and gun slinging abilities, Van Helsing can dish out massive punishment in a matter of seconds. Take a quick look at the new trailer that only recently surfaced on the web (Please note that Neocore has stated that this character model in the trailer has been updated and a sketch can be found on their official blog):

Already stated to have a 4-player co-op mode revolving around specifically monster hunting, Van Helsing seemingly plays to fans of the Diablo franchise. Lots of developer support will be present, so keep in mind when possibly thinking of purchasing this beauty (no release date announced, but will be available on Xbox LIVE and PC). If you’re thinking about taking a break from Diablo 3 or Torchlight 2, then this game could be just the right distraction for you.