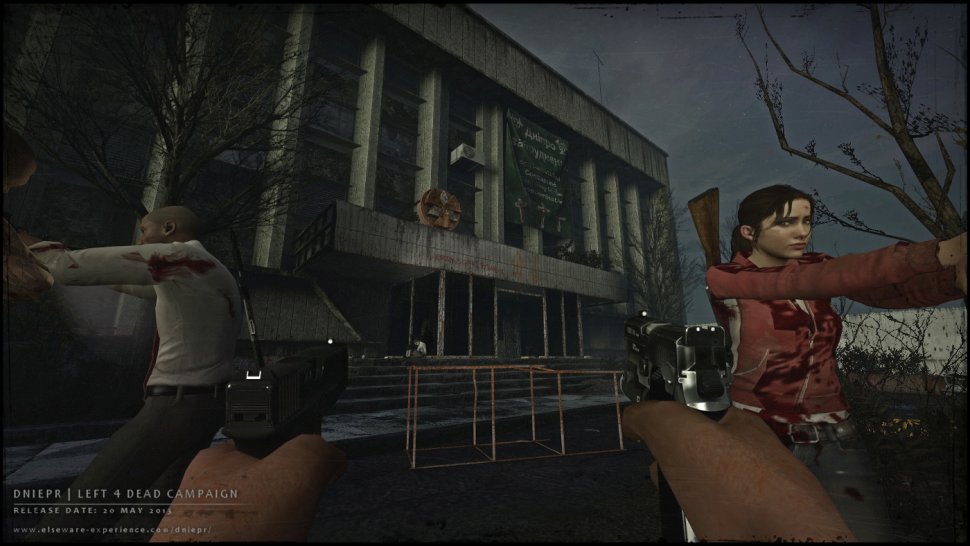 The post-apocalyptic, Eastern-European setting seems to have been growing in popularity these days, with Metro: Last Light releasing just earlier today. Soon, Left 4 Dead 2 players will be able to take the normally southern-based team of Survivors on a Ukrainian based campaign within a brand new indie mod.

After 3 years of development, French studio, Elseware Experience, has produced the Left 4 Dead 2 campaign, “Dniepr”, set in the abandoned Ukrainian city of Pripyat (based off of where the nuclear disaster of 1986 took place). Zombie hordes, Tanks, the super eerie, dark settings we all loved in L4D1 (you name it) are back in full force here, making this a perfect opportunity to rekindle our L4D2 fandom. The list of chapter titles for the campaign are as follows: Chapter #01: "Mall Of Ukraine", Chapter #02: "Waters Of The Dniepr", Chapter #03: "Warm Welcoming", and finally Chapter#04: "The End".

We’re not sure exactly how the Survivors ended up here in the first place, but we don’t seem to care too much after watching the campaign’s kickass trailer “Life is Not a Bed of Roses”:

The “Dniepr” will be releasing for PC players on May 20th, so we'll be keep our pointer fingers ready to click 'download' until then.  If anyone’s interested in more information on the project, look no further than Elseware Experience’s official site here. The original soundtrack created solely for the mod can be purchased there as well.