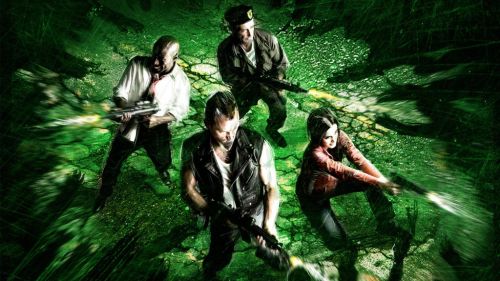 Just after the release from his work on Valve’s newest title, Counter-Strike: Global Offensive, Chet Faliszek, the writer behind the Left 4 Dead series’ gameplay driven storyline, said a few words in regards to a possible future title in the franchise.

Since the game series begun back in 2008, both Left 4 Dead games combined have sold well over 12 million copies worldwide, even Gameinformer has nominated it as the #1 co-op game out there. So, it would be difficult for any true co-op gamer to not look forward to another team-building, zombie survival game in this series due to its enormous commercial success. Even though the PC version of the game sold more units in the beginning than the Xbox 360 version, Faliszek has stated that sales for both games seems to be drawing even in the current market (the inclusion of the Cold Stream DLC for the Xbox 360 might have something to do with it). When asked about the future of the series, Faliszek had a few words to say during the Eurogamer Expo last week on the series’ co-op popularity: But with the inclusion of Steam Greenlight, Valve hopes to make Left 4 Dead like the next TF2, where they’ll continually update the game with new additions and improvements to keep long lasting fans coming back for more, even allow them an easier way to develop their own in-game content instead of going through various websites for mods:

On the PC we will incorporate Steam Workshop, so people will be able to create items. Right now, if you watch any video of people who play a lot, none of them are wearing the same outfits. They all change them up. There's not a good path for them to get it into the game now or get on our servers. There's a lot of work we need to do to make sure you can put stuff on but you can't cheat. In co-op it's less important because if you're cheating in co-op you're kind of an idiot. Well, you're an idiot anyway for cheating. But particularly there. So we're doing a lot of work there.

One of the unique things with Left 4 Dead over something like TF2 or Dota or Counter-Strike, there's experience. There's the experience of going through something that's more than just a map. And so we want to make sure people can play wider with that, so we're going to release some tools we have for playing with enemies and creating different experiences, and where people can do that inside of their own campaigns, where they can add them on to our current campaigns. It's this whole toolset. And at the end of the day the customer is consuming what's created by those. We think of them as super amped up Mutations. Even calling them Mutations is probably underselling them, which is why originally we didn't want to call them Mutations, but ultimately we decided it's better to just put them all in one bucket and call them Mutations. But finally, what Eurogamer was really looking for was information on a possible Left 4 Dead 3 in the works, and they got to the meat of the interview and what we all want to hear:

Faliszek: “It will be exciting when it comes out.”

Eurogamer: “So it will come out?”

Well, there you have it. This being Valve, it would be impossible to predict when it will release. Steam Greenlight and optimal Linux capabilites has been another primary focus for current Valve software development, but with Falisek so confident about the Left 4 Dead community and popularity around the game, even after Left 4 Dead 2’s release 3 years ago, we shouldn’t have to worry about never seeing another Left 4 Dead title in the upcoming future.