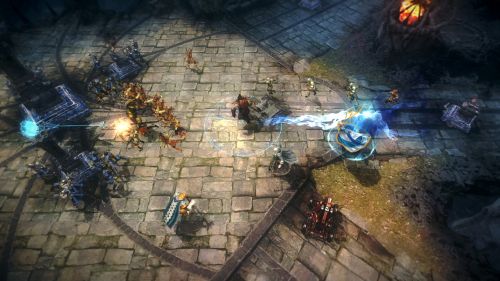 Another hero has joined the ranks of the Guardians of Middle Earth roster. Released this week, the latest champion hails from the armies of Gorgoroth. It is the Mouth of Sauron, and he is available now for both the Playstation Newtork and the Xbox Live Arcade.

The Mouth of Sauron is perhaps best known for his fury in the Battle for the Black Gate. It was here that he challenged Aragorn as the ruler of Gondor and Arnor. He is a Black Numenorean, also known as the Messenger of Barad-dur. He is also the only mortal known to communicate directly with the dark lord Sauron himself.

The Mouth of Sauron comes as a Defender class with the following abilities. His Dark Shout ability is a medium ranged attack that causes both damage and fear. The Will of Sauron roots enemy Guardians at medium range while draining their health. Deceitful Ways causes lifesteal and also grants temporary invulnerability. Stream of Lies is an area attack that causes silence, slow, and ability damage.

The Mouth of Sauron can be purchased via the Xbox Live Arcade or the Playstation Network for 160 Microsoft Points or $1.99. Guardians of Middle Earth is a console MOBA that supports cooperative play with up the five players online. For a look at the Mouth of Sauron in action, view the trailer below: