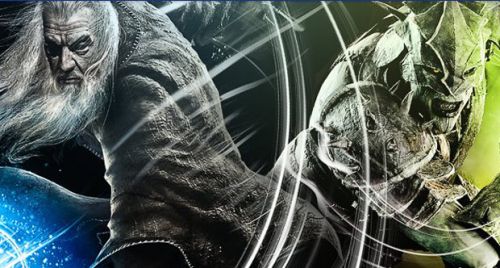 With the next Peter Jackson film, “The Hobbit”, arriving in theaters in a couple of months, now is a great time to reacquaint yourselves with the mystical world of Tolkien. Monolith Productions has released a video and a few new artworks of two more characters being featured in the future Xbox LIVE Arcade game, Guardians of Middle-Earth. Not to be confused with one of the dwarves Bilbo was accompanying in “The Hobbit”, Nori has unique abilities that don’t activate against enemy units, but against enemy structures. Once in range, Nori gains a massive stat boost to take down structures very quickly with his giant pick-like weapon. Because of large amount of experience with demolition and stonecraft, Nori is one fierce character to place on the field of battle. Wulfrin, however, is a very mysterious sorcerer who uses dark magic to aid him and his allies. Wielding a bladed staff and riding a Fell Beast, Wulfrin specializing in defensive and survival magic that can support both him and his teammates with devastating results. Enemies will find it difficult to mount a strong assault with him constantly making teammates around him harder to defeat.

For further explanation and showcasing of both of these character’s abilities, check out the new gameplay trailer below:

Guardians of Middle-Earth will release on December 4th in retail for $30 (with an included Season Pass code), while the digital form for PlayStation Network will arrive for $15 less (though the optional Season Pass purchase might meet the retail price). The Xbox LIVE Arcade version does not have a confirmed date, unfortunately.

On a much lighter note on the Lord of the Rings lore, a new video featuring a behind the scenes look at LEGO  Lord of the Rings has been uploaded on Youtube. Within the video, we get a much deeper understanding on the developer’s input on the movie franchise (this includes the added humor that goes along with any LEGO video game out there):