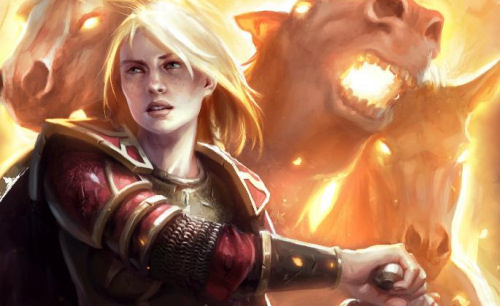 Today we've got two more characters that have been revealed in the roster of 20 launch characters for Guardians of Middle-Earth.   The new characters are Eowyn, a defender, and Mozog, a warrior.  Each character serves a different purpose in the game, with the defender acting a support character - which is perfect for co-op while the warrior is your damage dealing class.

Shieldmaiden: Shields self and nearby Allies
Great Renown: Heals Allies at the cost of own Health
Know My Fury: Roots nearby enemies
I Am No Man: Damages targets and stuns all Enemies

Guardians of Middle-Earth will be released on December 4th on Xbox Live and PlayStation Network.