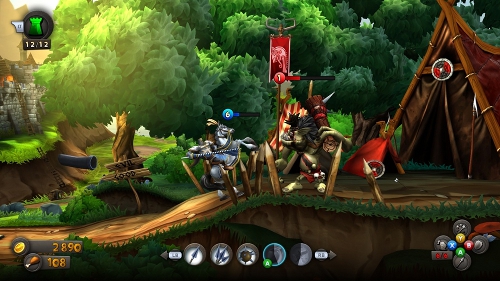 CastleStorm is on the way! Developer Zen Studios recently announced the genre-bending action/brawler/tower defense game will hit Xbox Live Arcade on May 29th. Accompanying the happy date are a few new screenshots as well as a release video, which is about ten seconds of the date flying around sandwiched by twice that time in studio logos. But it's cute, that counts for something, yeah?

With its creative blending on genres, CastleStorm also features a healthy selection of not one but three different co-op modes. It's all local, but it sounds like a heap of retro-inspired fun:

CastleStorm will be released on XBLA May 29th. Co-op supports two players locally. While you wait, go check out some quick gameplay shots from CastleStorm as well as some more in-depth info on the modes listed above.