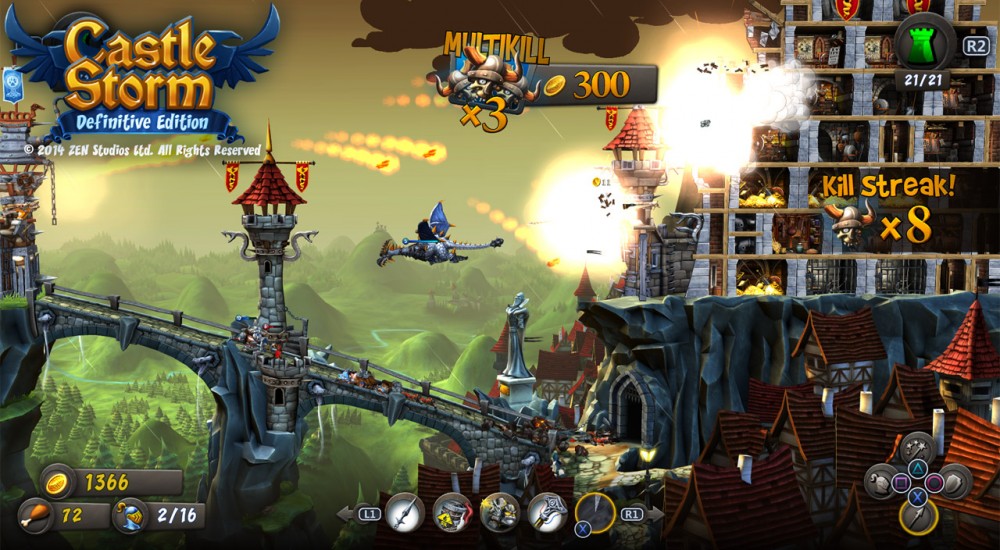 Zen Studios announced earlier this year that a new version of their awesome co-op title, CastleStorm, would be making its way onto PS4 and Xbox One. Finally, we received confirmation that, in about a week, CastleStorm: Definitive Edition will be released for those of us that missed out last generation.

For those of you have yet to try out CastleStorm, Definitive Edition will be a great way to experience the very best quality the game has to offer. The game is a mashup of tower defense and some brawler action gameplay, all within a medieval setting. We can look forwards to purchasing this new iteration come this September 23rd for just $10; not a half bad deal if you ask us! Mel Kirk, VP of Publishing at Zen Studios had this to say regarding the Definitive Edition:

“CastleStorm continues to be a huge success for us, so offering it to PS4 and Xbox One players was an easy choice. Bringing over the original game was not really enough for us though, so we made sure to add everything we could to ensure the definitive CastleStorm experience on this new generation of consoles.”

In Definitive Edition, players will find a handful of new features being added, along with its two DLC "From Outcast to Survivor" and "Warrior Queen" included. The game's overall resolution has also received a bit of a bump, moving up to 1080p, 60 fps for both console versions. Both in-game character models and textures will certainly be noticeable for those that played the original. Additionally, voice support features with both the Kinect and PlayStation Camera have been added.