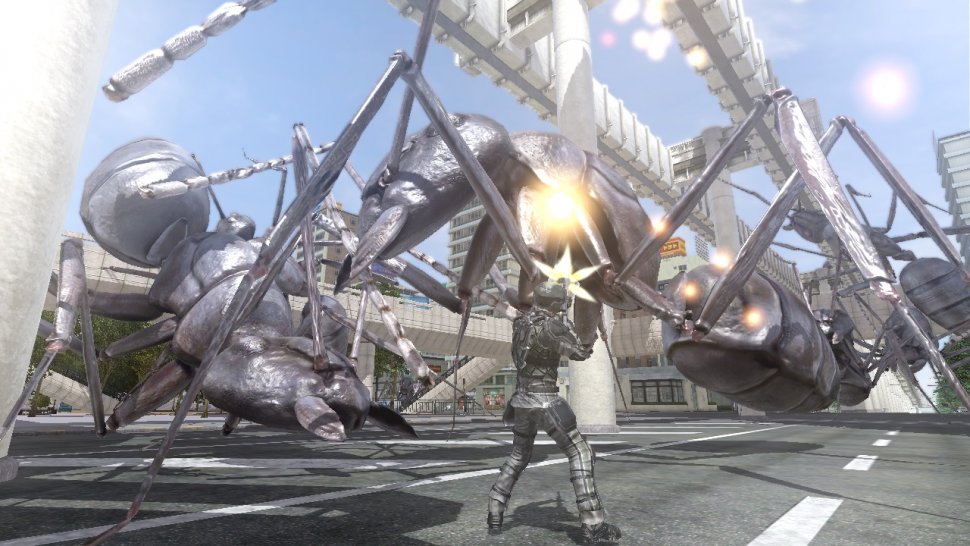 I got the chance to play some great games at E3 this year. I'm not going to lie - it's pretty awesome to get a early little hands-on time with some of  my most anticipate cooperative titles. One of those games was the third-person sci-fi shooter, Earth Defense Force 2025. Players must defend mankind from armies of giant insects and massive robots. Part of the fun is destroying your own city while trying to eradicate the Ravager menace. It's just easier to shoot bugs when those pesky buildings are out of the way.

For the uninitiated, the EDF franchise has been around for a decade. While the early games were released only in Japan, Earth Defense Force 2017 came to North America in 2007. The 53 missions, five difficulty levels, and 150 randomly dropped weapons gave the budget title some serious staying power, so long as you like your shooters a little simple and silly.  EDF 2017 never takes itself seriously, reveling in B-movie campiness. EDF 2025 has the look and feel of that classic, and that's exactly what I want in my popcorn shooter.

I had the opportunity to play EDF 2025 with Miki Takahashi, an assistant producer for publisher D3. She was kind enough to give us an interview and fill us in on all the details on the new features coming to my most anticipated titles for the current generation:

Earth Defense Force 2013 will support two player local co-op, four player online co-op, and combo co-op. It will be available on the Xbox 360 and PlayStation 3 in Japan next month. It will come to North America this February. You can read my full hands-on impressions of EDF 2025 right here.