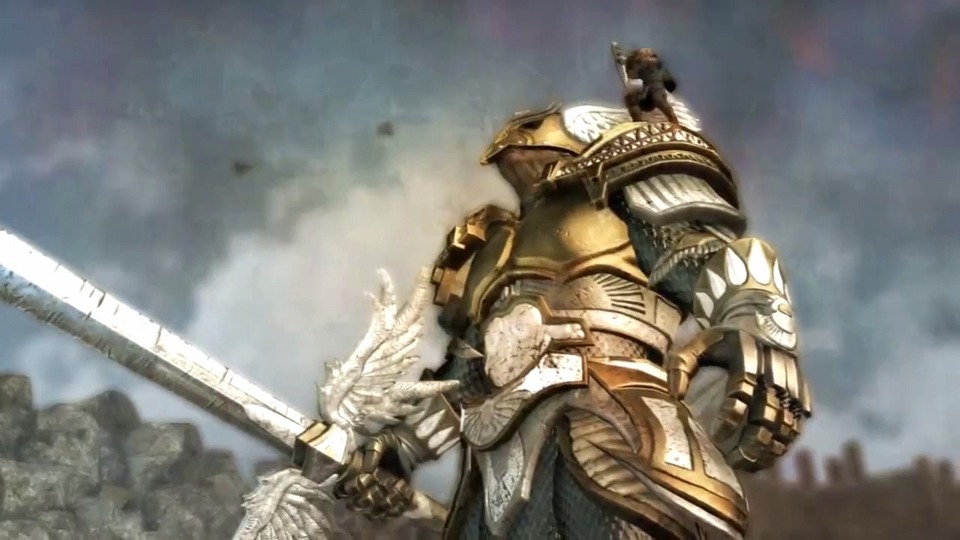 A new trailer has surfaced that details some of the gameplay mechanics of Signal Studios' Ascend: Hand of Kul. In Ascend, you are a Caos, a champion of the gods. You are tasked with ridding the lands of other god's shrines, titans, and creatures. Overall, you are trying to diminish the presence of rival gods and make yours stand above all others. Along the way, you will fight many mythical creatures, conquering them in a brutal fashion.

The following trailer reveals a bit about the gameplay you will encounter in Ascend. The core game is probably best described as action/rpg, with character progression and items being present. There are many items that can be found in the land, and runes can be used to improve the items you own. There are three different weapon classes to choose from, and they will have different effects on the enemies you encounter. There are spells as well. Alignment spells are those that are given to you by the gods for your continued service and diligence. Crusade spells open portals to other game worlds, and allow you to obstruct or aid other players online.

Look for Ascend to come out for the XBLA sometime in the undetermined future. In the meanwhile, take a look at the trailer below.