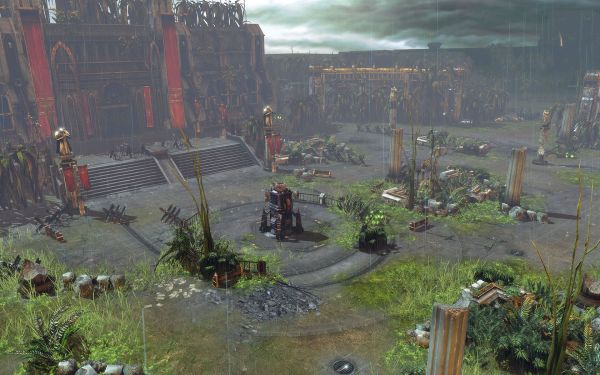 There's a new patch available for Dawn of War 2 on the PC, bringing the game's version up to 1.21.  There aren't any co-op specific fixes in the patch, other than a few achievement glitches, but that doesn't mean it's not good to be up to date.

What the patch does offer co-op players is a brand new multiplayer map called Tiber Outpost, and if you are so inclined, players can "comp stomp" this new 6 player map.

• Energy Shields now have an 8 second toggle on / toggle off time.

• Falcon Energy regeneration reduced from 3 to .5

• Melee damage reduction versus Rippers reduced from .25 to .3

• "And They Shall Know No Fear" now debuffs Tactical Marine melee damage by .6

• Fixed an issue where campaign completion achievements were sometimes not awarded

• Fixed an issue where players were awarded a win in Ranked multiplayer matches after modifying local files.

• Fixed an issue with automatching code to help provide better quality matches based on TrueSkill™ Rankings.

• Fixed an issue allowing players with mismatched data to be grouped together.