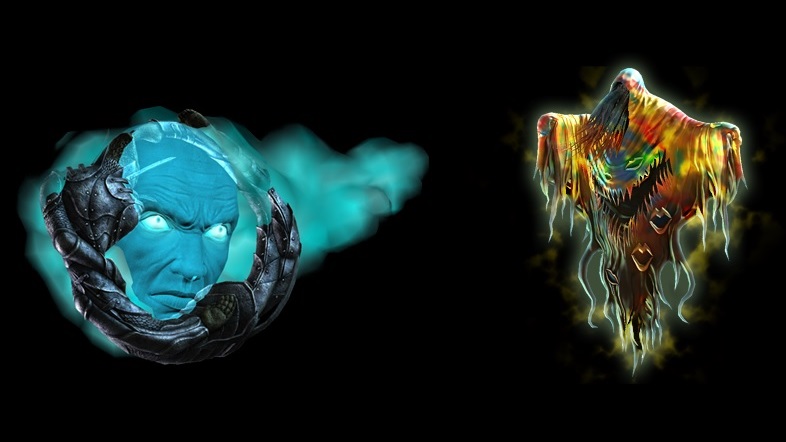 More free Soul Sacrifice DLC dropped this week. I finally pried myself away from the Vita version of Hotline Miami (Beyond Co-Op Review forthcoming) long enough to check it out. I nearly forgot how easy it is to pick up and play Comcept's twisted fantasy game. I jumped in, linked up with some randoms, sacrificed the souls of a few monsters, swiped some Lacrima, and was on my way. Smooth.

"The Rev and Maid's Shade" includes two new monsters. Ouroboros is one of the cooler bosses I've come across. It's an angry demonic head surrounded by a metal halo of hate and electricity. The Wraith looked like a standard rehash of a few other enemies. I underestimated it and it wiped out my party. I still need to get revenge. A new Black Rite, Angelus is also available. I'll let you figure it out on your own.

This is the third installment of free mission DLC for the game. Ouroboros and Wraith join the Dwarf and Ogre, as well as the Dullahan and Behemoth add-ons. Sony has managed to keep me interested in a game I thought I had thoroughly destroyed weeks ago.  Each new piece of content includes eight missions (honestly it's only six "real" missions, as two are simple discovery tasks) which include two new Archfiends for players to battle. As always, players can save or sacrifice the creature to capture it's life or soul essence. If you're still playing, I'm sure you'll farm each boss for the double plus essences.

After getting my butt handed to me by the Wraith, I took a trip over to the Soul Sacrifice Japanese site and spied a few of the upcoming bosses. These little darlings will be available in the weeks to come, most likely on July 9th and 23rd.

Translation: Incubus: A giant Pop Tart seems to have an affinity for softcore pornography. This is truly the greatest video game enemy of all time.

Translation: Leprechaun: They're shoes... with faces... and hammers? Fine.

If my math serves me correctly, there are two more unrevealed Archfiends. The poster below seems to have only one slot available. We'll have to wait and see what's in store for our long-suffering sorcerers in the weeks ahead.