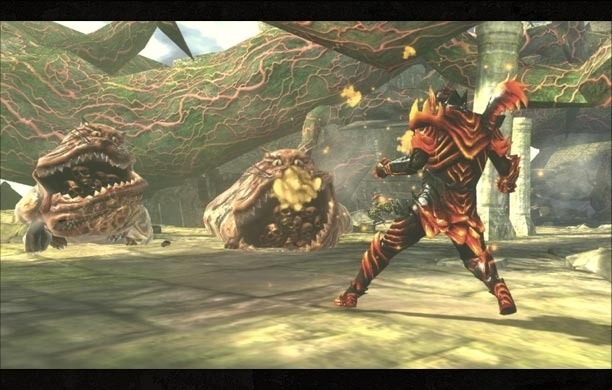 Soul Sacrifice is getting a good amount of hype. The upcoming 4-player co-op game for the Vita has the interesting premise that great power can only be obtained through severe sacrifice, as players will have to sacrifice pieces of their avatar's body to cast spells. A demo for Japanese users was recently announced, and now details on a special pre-order incentive have surfaced.

Players who order the game early (cut-off date unspecified at the moment) will be automatically upgraded to the "Premium Edition." This includes three Soul spells (Soul of the Poison Orb, Soul of the Thunder Timber, and Soul of the Fire Spear) and the Dancer Clothes costume for the sorcerer/sorceress classes. This upgrade opportunity will currently only be applying to Japanese versions of the game, since Europe and the U.S. don't even have a release date yet for the game.

Soul Sacrifice will be out on the Vita in Japan in March, supporting 4-player co-op. It'll likely be out sometime next year for Europe and the States.