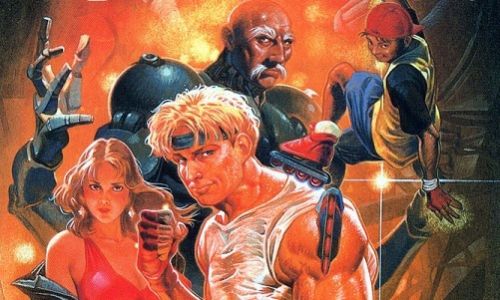 Sega continues its push to release 3D remakes of its classic games on Nintendo 3DS. 3D Altered Beast has already hit Japan, bringing with it enhanced gameplay features along with two player local co-op. Recently the Australian Classification Board leaked a listing for another oldie turned new: 3D Streets of Rage!

Beyond the basic "it's a game", "it's made by Sega", and "there's no nudity or sex or drug use" (drat), no other solid information has been released about the remake. If 3D Altered Beast is any indication, the look and feel of 3D Streets of Rage won't be tinkered with very much, if at all. New gameplay elements could be added in the same way 3D Altered Beast included the co-op doozie of a feature "Whimsical Transformation", but the overall experience will be pretty much the same punching and general brawling you'd expect. Same old Streets of Rage, just in 3D.

Co-op hasn't been confirmed for 3D Streets of Rage, which makes us sad. It's highly likely the feature does exist, of course, especially since the 3D Altered Beast team went to so much trouble to add co-op. Also, every previous remake and re-release of Streets of Rage has included it, so if the 3D version doesn't, we can all take our rage to the streets. And rage there. In the streets. Just not cooperatively.