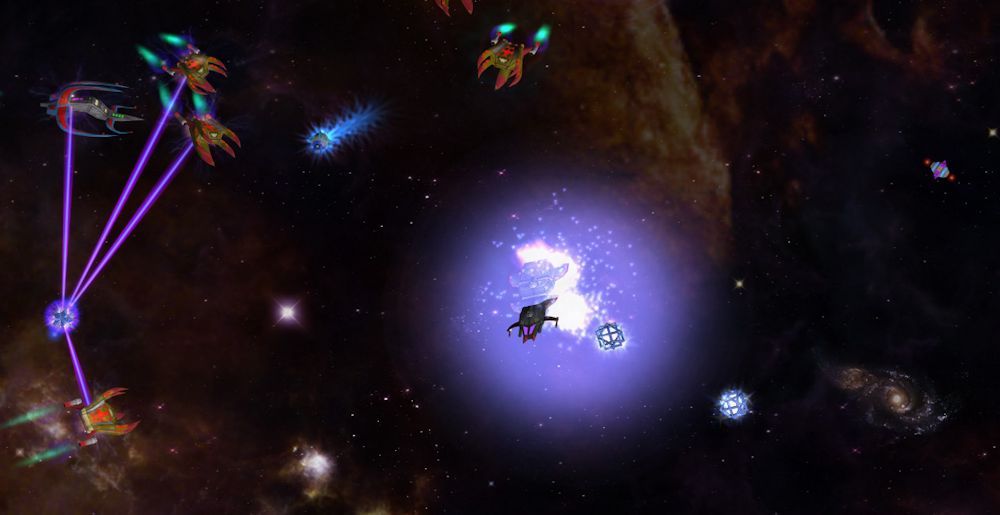 Drox Operative, the top down space RPG from Soldak, is getting it's first expansion pack later this summer. Called "Invasion of the Ancients" it'll add new gameplay elements and a new race to the game.

Before the Drox ruled the galaxy, before they were even sentient, there were older races now known as the Ancients. Using their Operatives, the Drox crushed and enslaved most of these races. The rest fled known space. When the Drox turned on their own Operatives, the Drox were utterly destroyed. Newer races emerged and thrived in the power void, never knowing the menace waited. Seizing their chance, the Ancients are invading to take their rightful place in the galaxy, as rulers! Thirsting for revenge, the Ancients can't harm the extinct Drox, but they can crush the next best thing, the Drox Operatives.

The expansion pack adds a host of new features as well including the ability to destroy or defend space stations, and design components with socketable items. There's a new race called Scavenger and new monsters as well - Talon, Legion, and Overlord.

Of course, with this being an RPG, the Invasion of the Ancients expansion is loaded with new quests to undertake.