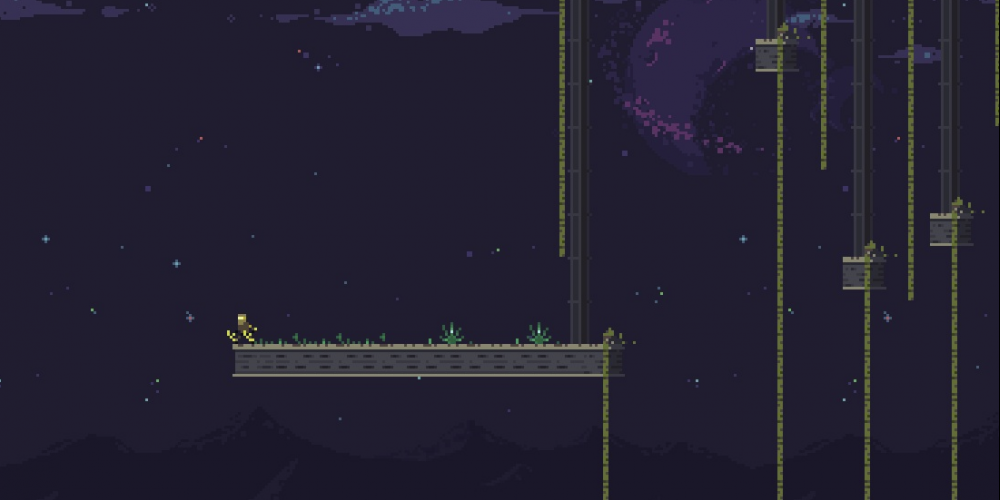 With the multitude of games getting released these days, both from major development studios and independent ones, it's easy for a great game to go under the radar. Such was almost the case for Risk of Rain, an action/adventure platformer with rogue-like elements that supports 4 player local co-op on PC. Fortunately, Matthew Griffin of Yeti Trunk, the developers behind Wanderlust: Rebirth, shot us an email to not only bring the game to our attention, but also let us in on a bit of exciting co-op news. Specifically, that he's working with the game's developers to add online co-op to the game.

More ways to enjoy a game with friends is always a good thing, but what exactly is this game? The words "rogue-like" get tossed around here and there to generally describe any game that features some RPG elements, randomly generated levels, and the death of your character means starting over again with nothing. Those features are present in Risk of Rain, but it has its own twist on things. You (and your friends, if playing cooperatively) are the sole survivor of a crashed space train on a distant planet. Your goal is to try and get off the planet as quickly as possible for the longer you wait, the tougher it becomes to make it to salvation. While you do gain levels and gold - which can be spent to acquire beneficial items that increase rate of fire, heal rate, and more - from killing the local fauna, those same creatures become stronger and stronger as your time in game progresses. There is a constant risk/reward factor in play here. Do you spend a little more time clearing out a level to gain more levels, gold, and items to prepare for the next level, or do you move on to keep the difficulty within limits you can handle? The choice becomes easier when you have friends to back you up, but only slightly.

There's no set release date for the game just yet, but there's a demo available on IndieDb you can check out or you can gain beta access and pre-order it for just $25 by ordering off the game's website. They're also trying to get greenlit on Steam to get a wider distribution. If you're a fan of rogue-like games, then it's definitely worth a look.