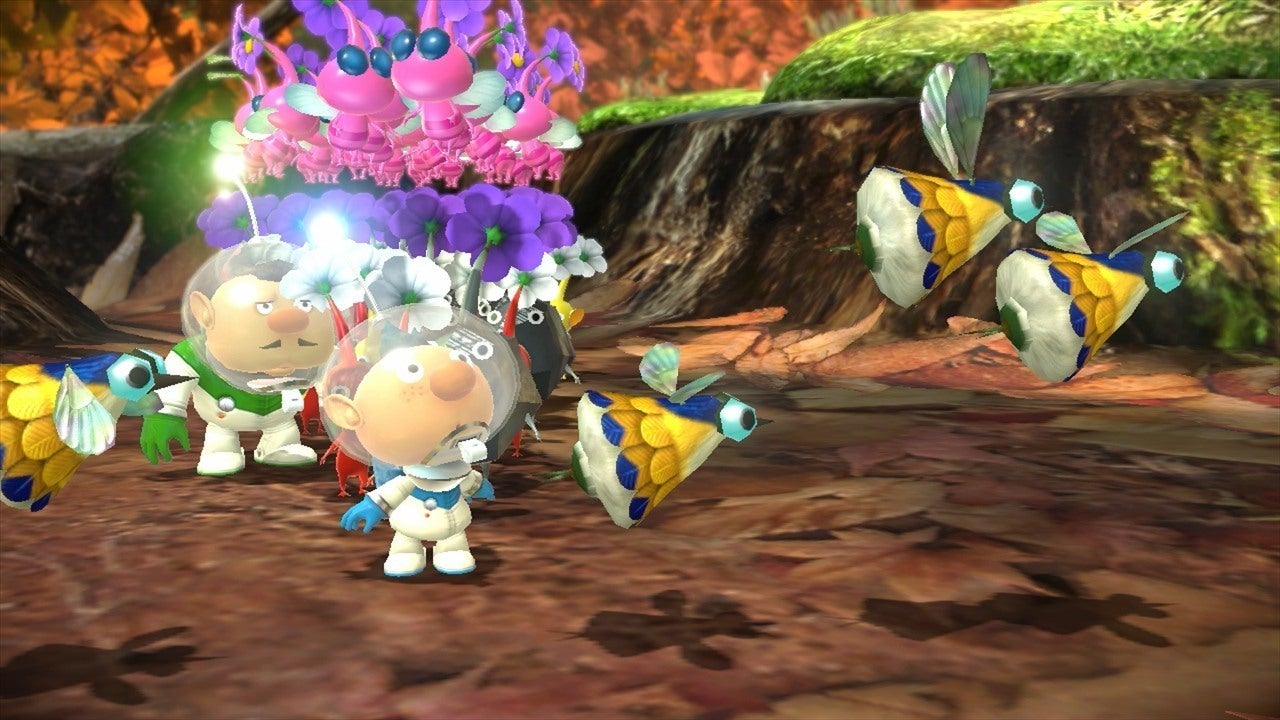 Being one of Nintendo’s current flagship titles, it’s no wonder that Pikmin 3 is getting the special treatment it deserves, and only a couple of weeks until launch at that! To celebrate its impending arrival, Pikmin 3 will be available to play at Gamestop next week, allowing gamers to get their hands on this Wii U title sooner than expected.

Nintendo of America’s own Reggie Fils-Aime announced that anyone will be able to receive the much anticipated Pikmin 3 via Gamestop stores on July 20th to the 21st. This is a fantastic way to get some hands on impressions of the game without having to purchase it first. Nothing was specifically stated if the co-op portion of the game would be playable here, but that shouldn’t dissuade anyone from at least trying the new Wii U gameplay style. Reggie also revealed that those who digitally pre-order the game during these two days will be granted access to their Pikmin 3 purchase on August 3rd, a whole day earlier than from the official August 4th release date. Here, take a look at what he has to say below:

Nintendo also released the TV commercial for Pikmin 3 recently! The cuteness of the tiny Pikmin army should win over hundreds of hearts before August. Still, why not take a dab at it and see why it took Nintendo nearly a year to bring it to retail...

P.S. Captain Olimar will also be returning as a playable character in the next Super Smash Bros. for the Wii U and 3DS! Life for Pikmin fans is good.