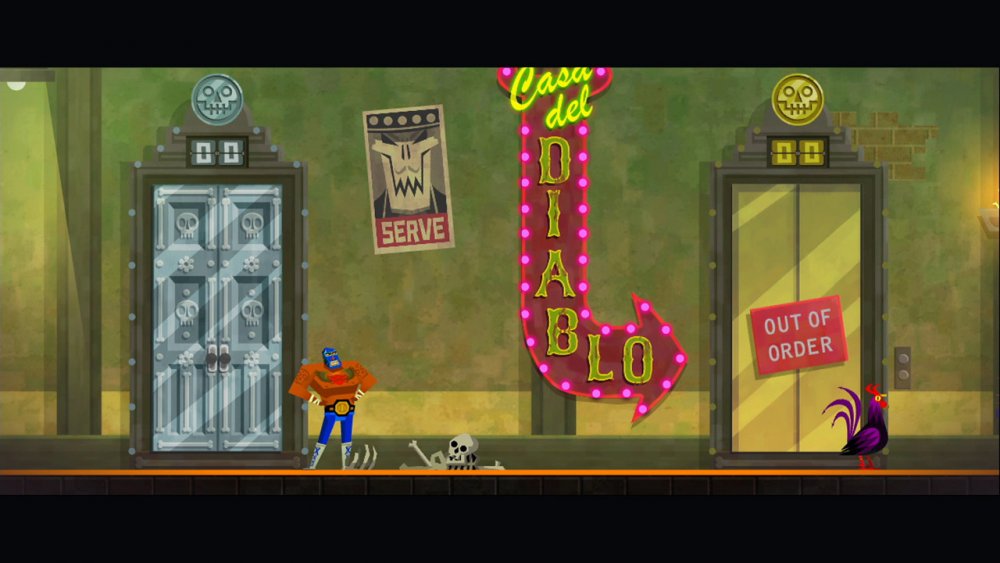 We had a chance to strap on the old luchador mask and wrestle our way through the Guacamelee! DLC. The new area puts Juan back into the land of the dead where he must suplex his way through hordes of skeletons.

The Devil's domain features a tower full of challenge levels that will test the skills of even the best wrestlers. Grab one of the new costumes and head down to deal with some dirty work. El Infierno is available as a cross-buy download for both PS3 and PSVita for $2.99. Drinkbox Studios has created a great reason to pick Guacamelee! back up. Even if you have wrapped the game, the challenge levels will push your limits as a luchador. Each level has a different goal; race to the goal, defeat a certain number of enemies, or amass a large combo without being hit. Climb the ranks of El Infierno, and the challenges become more difficult. For an added bonus bronze, silver, and gold medals will be rewarded based on performance. Prestige still matters in this underworld. Players can unlock three new DLC costumes by performing well in the challenge missions:

In addition to the challenge level DLC, there is also a new costume shop full of fun traje for players to wear. Grab the new threads for $1.99 and get ready to enjoy a unique set of game-changing bonuses and drawback for each new costume: You've probably finished Guacamelee! by now, and this is a great excuse to pick the game back up. Drinkbox. If you haven't played this 2 player co-op brawler, shame on you and pick this up on PSN for some awesome wrestling action. The DLC is worth your time and money, both for those seeking a challenge as well as those looking to feast their eyes on some more beautiful art from Guacamelee!